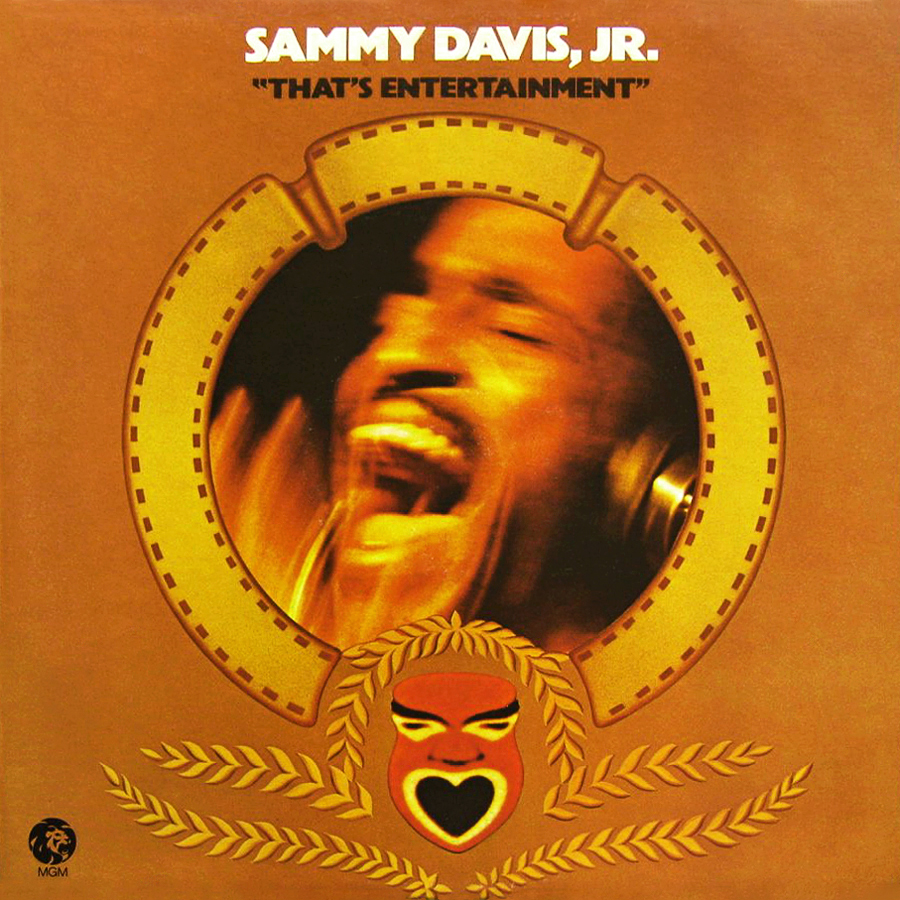 1974 marked the 50th Anniversary of the film studio Metro-Goldwyn-Mayer (MGM), which had been founded in 1924. The studio planned to mark the occasion in June with the release of a landmark compilation film looking back at MGM’s illustrious history making movie musicals – the film would be titled That’s Entertainment! Given that Sammy Davis, Jr. was recording for MGM Records at the time, he stepped into the recording studio in April to make his own tie-in album, also titled That’s Entertainment.

Sammy was intimately involved in the promotion of the film itself. When That’s Entertainment! was announced to the press on 28th March, it was Fred Astaire, Gene Kelly, Liza Minnelli and Sammy who made the announcement together in Culver City. That’s Entertainment! was written, produced and directed by Jack Haley, Jr. who would marry Sammy’s close friend Liza Minnelli in September of 1974 (with Sammy in the wedding party).

The film’s premiere was held on May 17th at the Beverly Theater. A red carpet was set up between the theatre and the Beverly Wilshire Hotel where a stunning post-premiere reception was held featuring almost all of the living legends of MGM musicals past. The evening’s festivities were hosted by Sammy and Liza and involved them inviting around 50 of the stars onto the stage for a photo. Such a collection of talent in one room Hollywood would never see the likes of again.

The film itself was a roaring success. Critic Roger Ebert commented: “This isn’t just a compilation film, with lots of highlights strung together. Those kinds of movies quickly repeat themselves. That’s Entertainment! is more of a documentary and a eulogy.” The movie spawned two sequels (in 1976 and 1994) and an associated title, That’s Dancing! (1985), in which Sammy would appear as a co-host. 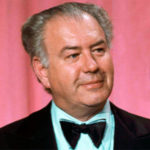 For Sammy’s tie-in album, producers Mike Curb and Don Costa organised arrangements by Nelson Riddle. Despite the fact that Riddle had been a long-time collaborator of Frank Sinatra’s (the two worked together intimately from 1953 to 1966), Sammy had never worked independently with Riddle. Perhaps Riddle’s sound wasn’t considered sufficiently commercial in the late 60s and early 70s, but the for the sound Sammy and MGM were shooting for on this occasion, Riddle was a perfect choice.

While only seven of the 16 songs selected for the album appeared in the film itself, all were taken from classic MGM musicals during the golden age of film musicals – 1930 to 1953. The musicals and the songs selected from them are:

The major opus of the album is a 4-minute Fred Astaire medley, which is beautifully orchestrated by Riddle. Sammy often mentioned how much he idolised Astaire – both his dancing and his singing – and on this medley he provides a fitting tribute. (The only issue was that one of the songs – “I’ve Got You Under My Skin” – is from an MGM musical that Fred Astaire wasn’t even in. In addition, Sammy sings “I Concentrate On You” in the medley, which was left off the album jacket and LP label. Whoops!)

With the exception of “All The Things You Are”, which gets a touch of soul toward the end, and “Singing’ In The Rain”, which was previously issued as a commercial single and is the only cut not arranged by Riddle, the songs are rendered more traditionally. Everything suits Sammy’s style, however (for example “Lover, Come Back To Me” is given a supercharged bongo arrangement and features the world’s quickest sax solo). There is a good mix of belters, toe-tappers and ballads, making this album one of Sammy’s best since 1967. It even gets a clever LP cover, with Sammy replacing the MGM lion mid-roar!

As such, That’s Entertainment provides a fitting conclusion to Sammy’s recording career at MGM. The label was phased out by its new owners, PolyGram, and the truth was that Sammy wasn’t a bankable artist on vinyl at this stage of his career. Although he subsequently released a couple of additional LPs on other labels, That’s Entertainment certainly drew a respectable conclusion to Sammy’s time as a major recording artist.

At the end of “That’s Entertainment”, Sammy closes the album by adding the film’s promotional tag line, which certainly also applies to Sammy’s illustrious career as a whole: “The world is a stage; the stage is a world of entertainment … and boy, do we need it now!”

Get Happy: Although the song dates back to 1930’s stage show The Nine-Fifteen Revue, this was most famously sung by Judy Garland at the end of 1950’s Summer Stock (and was filmed three months after the rest of the film when the producer felt the film needed more oomph). Nelson Riddle provides a rambunctious backing to this Sammy triumph, full of the revivalist fervour that the song demands.

A Shine On Your Shoes: Remembered for Fred Astaire’s routine with Leroy Daniels in The Band Wagon, this song was originally introduced on the Broadway stage in Flying Colors in 1933. Befitting his station as a song-and-dance man, Sammy takes the opportunity to lay down some steps (presumably) himself to accompany the tune. He does a nice little call-and-response piece with the background chorus, making this one of the most enjoyable cuts on the album.

Singin’ In The Rain: Done in the style of “The Candy Man”, with Sammy singing to The Mike Curb Congregation, this delightful homage to the classic Gene Kelly number was recorded in August 1973 and was released as a single. It reached #16 on the Billboard Adult Contemporary chart the same week in April 1974 that Sammy recorded the rest of this album. The flip-side was “Chattanooga Choo Choo”, which is great fun but couldn’t be included on the album because it was from Sun Valley Serenade, a 1941 Twentieth Century Fox production.

Pass That Peace Pipe: No doubt this number, from the 1947 musical Good News, would now be categorised as ill-advised cultural appropriation, featuring as it did 30-odd white young people dancing in a soda shop. It was nominated for the Academy Award For Best Original Song, but lost the Oscar to “Zip-A-Dee-Doo-Dah” from the infamous Disney movie Song of the South – which made 1947 not such a great year for racist stereotypes. Sammy’s take isn’t much better from that perspective, but from a purely entertainment point of point of view, it’s brilliant! A guilty pleasure for sure…