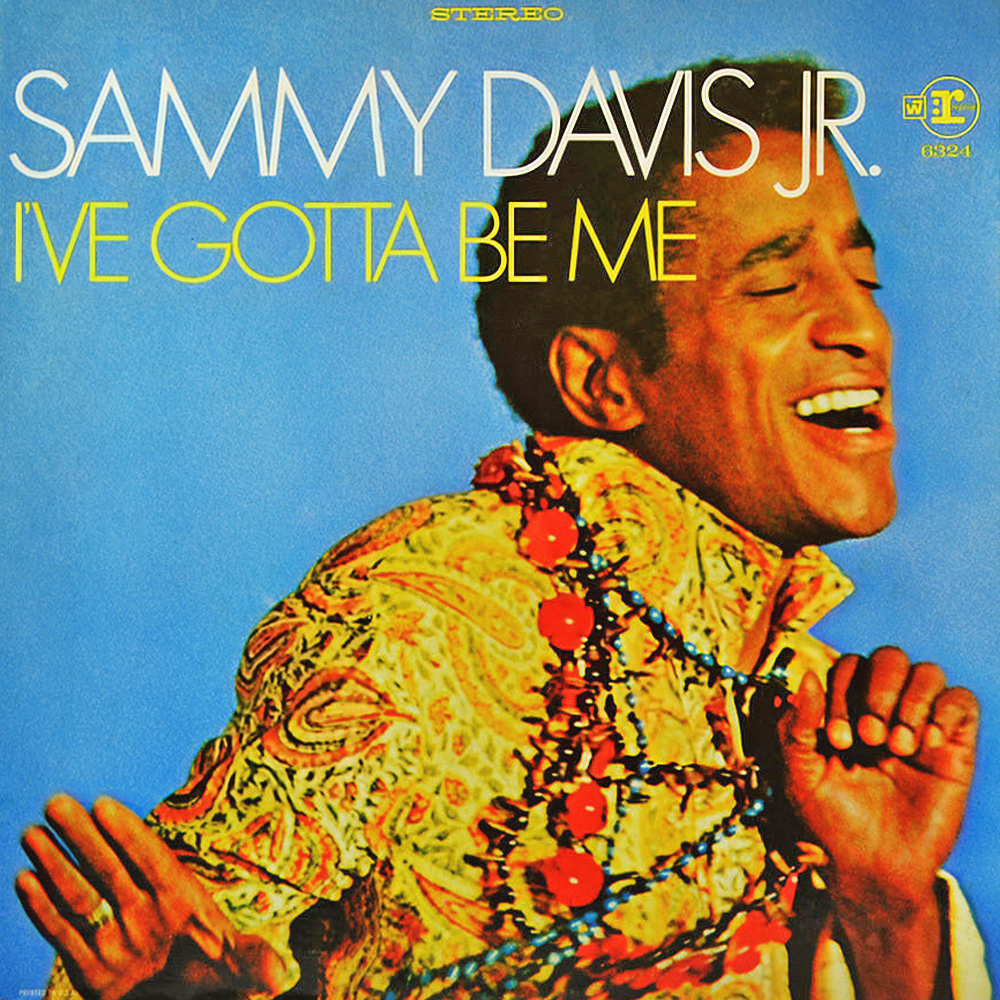 In February 1968, a new musical titled Golden Rainbow opened on Broadway, starring showbiz couple Steve Lawrence and Eydie Gormé. Lawrence’s character Larry Davis, a down-on-his-luck Las Vegas hotelier, sings a rousing Act I closer titled “I’ve Gotta Be Me”. Lawrence recorded this number for his label Calendar but encouraged his friend Sammy Davis, Jr. to record it as well, later saying: “I thought this song would be great for Sammy Davis on so many levels. The lyric was now interpreted by a black man in society at that time, this man who is different than anybody else. It was a bigger statement coming from him than it was from me.”

Reprise producer Jimmy Bowen – keen to find a hit for Sammy, having struck paydirt through the mid-60s with Sammy’s Reprise stablemates Frank Sinatra and Dean Martin – not only approved of Sammy’s desire to record the tune but felt it had significant chart potential. To arrange “I’ve Gotta Be Me” and most of the material for Sammy’s next LP, Reprise turned to Bobby Darin’s long-time arranger and collaborator, Richard Wess. 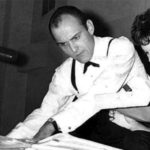 Sammy Davis, Jr. had long been an admirer of Richard Wess’s work. On the cover of Bobby Darin’s seminal 1959 album That’s All is a reproduction of a telegram Sammy sent to Darin, in which Sammy writes about the album: “In this day and age of gimmick sounds and gimmick records, the choice of material and the arrangements of Dick Wess are a perfect combination of showmanship, performance and taste. In other words, I dig it!” Almost a decade later, Wess was no longer working with Darin, had moved from New York to Los Angeles, and Sammy was in a position to employ his talents.

Sammy and Wess cut seven sides together across two sessions in early 1968, but Jimmy Bowen was particularly thrilled with “Ive Gotta Be Me”. He later wrote: “Nobody believed me when I said it could be a hit. But after mastering it, I sat up all night, played it, and knew it was a hit. To placate the label, we used that song as a B-side, and I chose another track as the single – but decided to call the album I’ve Gotta Be Me. This got by everyone.” Bowen’s instincts were right – after the single’s release in October, he convinced a couple of radio DJs to play the B-side, and “I’ve Gotta Be Me” took off! Future pressings of the 45 switched the previous A-side track, the funky “Bein’ Natural Bein’ Me”, to the B-side.

With songs of self-affirmation capturing the zeitgeist (Sinatra’s “My Way” was just around the corner), “I’ve Gotta Be Me” spent 7 weeks at #1 on the Billboard Easy Listening chart, and spent 16 weeks on the Billboard Top 100, peaking at #11. It was Sammy’s most successful single since “Something’s Gotta Give” in 1955. Sammy incorporated it into his live act, and the song became closely associated with Sammy for the rest of his career.

After Sammy had experimented with some more modern pop sounds in Lonely Is The Name, released in August, the decision was made to include material more in Sammy’s usual wheelhouse for this next LP: show tunes and popular standards. What better show to include tunes from than one in which Sammy was going to star? At the time, Bob Fosse was directing a major motion picture adaptation of the hit Broadway musical Sweet Charity. It starred ‘Rat Pack’ associate Shirley MacLaine in the lead role and Sammy was cast as Big Daddy Brubeck, the psychedelic guru of a street church that teaches the gospel of love.

Filmed in March 1968, Sammy scenes consisted of a massive production number titled “The Rhythm Of Life” – one of the best moments in the film. Contractually, Sammy’s number itself could only appear on the movie’s soundtrack album on Decca (they also released a single), so in Sammy’s sessions with Wess, he recorded three additional numbers from Sweet Charity: “I’m A Brass Band”, “If They Could See Me Now” and “My Personal Property”, the latter having been specially written for the film. Wess provides swinging uptempo backings on all three.

Other numbers on the album included the theme to a 1968 movie starring Anthony Newley, Sweet November (written by Newley and Leslie Bricusse), and three recordings still on the shelf from 1967 arranged by J.J. Johnson and H.B. Barnum. One of these, “She Believes In Me”, was a tune written by Baker Knight that Bowen had intended for Frank Sinatra. When Sinatra failed to show up to the recording session, Bowen had it re-purposed it for Sammy.

The cover of the LP features Sammy in full hippie jacket and beads regalia, which might have provided the wrong impression to the listening public about the contents of the record, but capitalised on the connection with Sammy’s bohemian Sweet Charity character. Released in November, a month after the single, the LP was buoyed by the title track’s success and spent 25 weeks on the Billboard 200 chart, peaking at #24. Jimmy Bowen could now rest easy, having made good on his promise to both find a hit single and make a hit album for Sammy.

I’ve Gotta Be Me: Some have called it Sammy Davis, Jr.’s “My Way”, but to be fair, Sammy’s record was released first and performed better on the charts. It was the perfect melding of performer and material. Critic Will Friedwald: “Sung by any other singer in any other decade, ‘I’ve Gotta Be Me’ might have an edge of irony to it (that was how Steve Lawrence introduced it) … but Davis performs it as an unabashed anthem of self-affirmation – it isn’t that he gotta be he, like he’s got no other choice in the matter, he wants to be he, he wouldn’t have it any other way.”

Here I’ll Stay: Sammy reaches deep into the songbook of the Great White Way for this Kurt Weill and Alan Jay Lerner standard from the 1948 musical Love Life. Despite the number of recordings that had been made through the years, Richard Wess brings a freshness to this version with a brilliant flute and bongo motif which develops slowly into a big band barnburner. Sammy loved the song, and it became a regular opening number for him in the late 1980s.

Somebody​: A little-known song written by Elvis Presley’s film music writing team of Sid Wayne and Ben Weisman. It’s turned into a real toe-tapper by Richard Wess, and the lyric perfectly suits Sammy’s unbridled earnestness: “I’m just busting at the seams, with a hundred millions dreams – all I need to follow through, is somebody like you!”

I’m Glad There Is You: Recorded in early 1967, this oft-covered Jimmy Dorsey oldie is given a guitar and strings heavy treatment by arranger and jazz trombonist J.J. Johnson. It’s a nice low-key palate cleanser ballad in an album of mostly high-energy numbers.