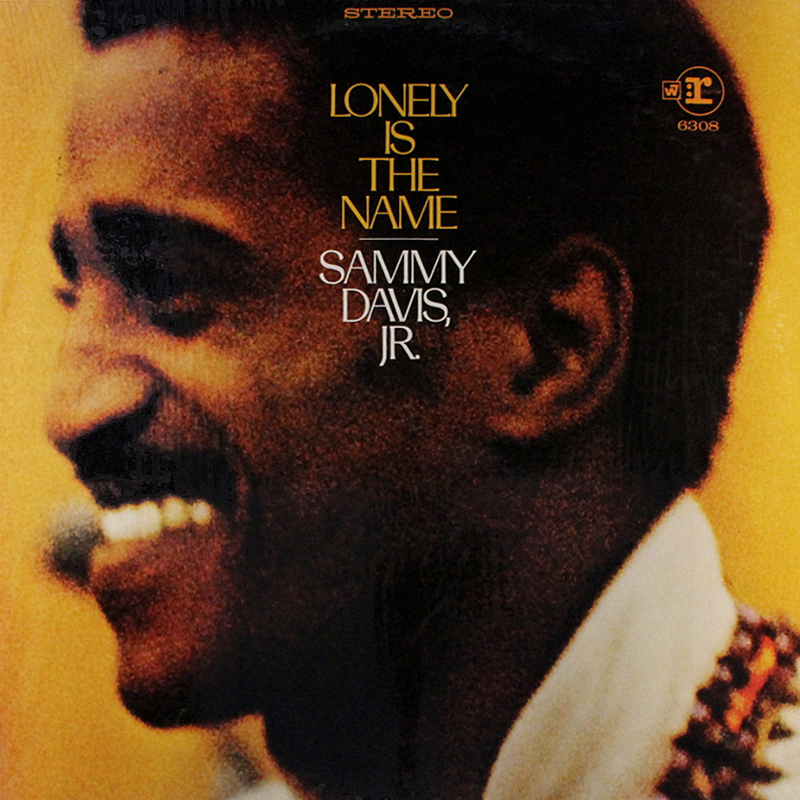 During the mid-1960s, Reprise producer Jimmy Bowen had worked wonders with Dean Martin and Frank Sinatra, generating hit records in an era of ever-changing musical tastes. Bowen was shooting for the trifecta with Sammy Davis, Jr. but during this period Sammy was spending less and less time in the recording booth and was increasingly distracted. He’d spent a summer in London filming Salt & Pepper in 1967, and from April to September of 1968 he was busy with the Chicago and West Ends runs of Golden Boy.

Bowen’s Billboard #1 success with Frank Sinatra in 1966 had come with “Strangers In The Night”, a Bert Kaempfert tune that was given a contemporary feel. In February 1968 another Kaempfert number, “Lonely Is The Name”, arrived and Bowen felt it might fit the same mould. For the recording, Sammy was paired with arranger H.B. Barnum, a fellow child-actor turned singer who was now making his name as a jazz-funk arranger and producer with Capitol Records (Barnum had arranged and conducted an instrumental album of the score to Golden Boy in 1965, which might be how he came onto Sammy’s radar). 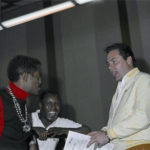 The resulting single was heralded by The Boston Globe as “[Sammy Davis, Jr.’s] most commercial sounding record in some years … this one has great sound and is a beautiful song.” Alas, it didn’t make much impression on the Billboard Hot 100, but it did make it to #12 on the Billboard Easy Listening chart. This made it Sammy’s best performing single on that chart since “The Shelter of Your Arms” in 1963, and well worth building an album around. Lonely Is The Name was Sammy’s first LP release in 10 months, and consisted of a couple of new recordings combined with previously recorded material from 1966 and 1967. The result was a somewhat disjointed mix of styles.

Bowen’s Billboard #1 success with Dean Martin in 1964 had come with “Everybody Loves Somebody”. Bowen had taken a number that had been recorded with an intimate arrangement (a quartet accompaniment on Dream With Dean), and handed it over to arranger Ernie Freeman to create a more modern and commercial interpretation. In 1966, Bowen seems to have tried a similar tack with Sammy – he took two numbers (“We’ll Be Together Again” and “Ev’ry Time We Say Goodbye”) that Sammy had recorded with the sole accompaniment of Laurindo Almeida on guitar, and had Sammy re-record them just weeks later with Ernie Freeman arrangements for a full orchestra.

Both were released as singles but failed to chart. Reprise dusted them off for inclusion on Lonely Is The Name, along with “The Good Life” and “All That Jazz” which had been recorded around the same time. What seemed to work for Sinatra and Martin didn’t seem to work for Sammy, but Bowen never gave up on the search for a bona fide Sammy  … and he would eventually find it, just two months after Lonely Is The Name hit record stores.

For Sammy, nothing was as important as maintaining his relevance in popular culture, and Lonely Is The Name reflects his first steps in trying to broaden his repertoire. It includes visits to the worlds of Stevie Wonder, P. J. Proby, The Fortunes, and includes two songs lifted from the oeuvre of ‘sunshine pop’ – “Up, Up and Away” (originally by The 5th Dimension) and “Don’t Take Your Time” (originally by Roger Nichols & The Small Circle Of Friends). In its review of the LP, the Los Angeles Times identified this shift: “Davis moves in on the post-Davis generation.”

In the end though, what made Sammy Davis, Jr. unique was his ability to inhabit so many genres, but still be Sammy. Contemporary critics agreed – Robert Moore in his column Record Turntable wrote about Lonely Is The Name: “Davis is one of those entertainers who communicates with his audience whether on disc or in person … Each of these [tunes] demonstrates how an entertainer uses his material and shapes it in his image. They are all different but they are all entertaining – and that’s what a singer does: he produces a good sound in an entertaining way that is all his own. He is not a mirror of someone else.”

All That Jazz: No, not the (far better-known) opening number to Chicago, but rather a song from Sammy’s 1966 movie A Man Called Adam, written for the film by legendary jazz saxophonist, clarinetist, trumpeter, and composer Benny Carter. In the movie, and hence in the film’s official soundtrack, the song had been sung by Mel Tormé. This was Sammy’s opportunity to record the song for himself, and he turns it into a scat tour de force, ably supported by a swinging Ernie Freeman big band.

Up, Up and Away: Sammy launches himself into The 5th Dimension. It was recorded early in 1968, just as ‘sock it to me’ was starting to become a catch phrase that would take over the country, accelerated thanks to Rowan & Martin’s Laugh-In (on which Sammy would regularly appear). This is a groovy but grounded take on the trippy original, with blaring horns and a driving beat. Sammy would lip-sync to this recording in the opening to an episode of The Hollywood Palace in March 1969.

Children, Children: Seemingly about a man looking upon some children playing and trying to remember what it was like to feel young, happy, and hopeful, this moody and atmospheric ballad would give any listener stylistic whiplash, following as it does the uptempo R&B-fashioned “Don’t Take Your Time”. A little-known piece, written by music producer and Sinatra liner-note writer Pete Welding’s protégé Ken Kahn with songwriter Ronald F. Rose. Its most notable use to date might be in the 1970 Afrikaans musical film Lied In My Hart, in which it is sung by South African tenor Gé Korsten.

Uptight / You’ve Got Your Troubles: In April of 1967, Sammy recorded a session arranged by J.J. Johnson, the jazz trombonist who had played in a very successful combo partnered with Kai Winding. Johnson had previous played trombone in the house orchestra for The Sammy Davis, Jr. Show and had shared arranging duties for the show with O.B. Massingill. Johnson provides a power-charged brass-heavy medley of these songs made famous by Stevie Wonder and The Fortunes that complements Sammy’s soul-tinged approach.