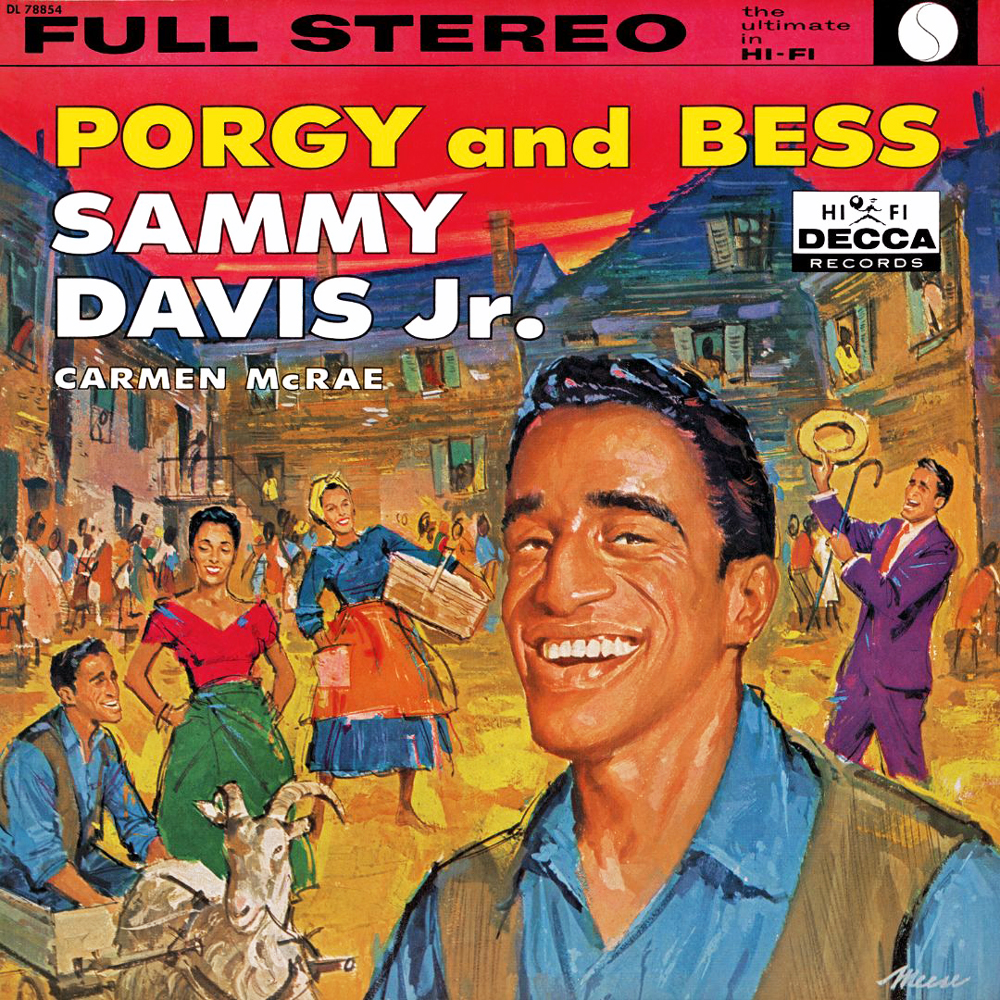 The 1959 film Porgy and Bess was supposed to be the crowning achievement of the legendarily tyrannical producer Samuel Goldwyn’s career; he had wanted to film the Gershwin brothers’ ‘American folk opera’ since seeing it on stage in 1935. Instead, it was a disaster: the director was fired and replaced, the sets burned down just before filming started, the actors were suspicious of potentially insulting stereotypes, the critics didn’t like it, and the Gershwins hated it. About the only thing to recommend it was Sammy Davis, Jr.’s turn as the serpent-tongued Sportin’ Life.

Nonetheless, the widespread anticipation for the movie, coupled with the manifest genius of the opera’s score led to the Porgy-and-Bess-ification of music in jazz circles in 1959. No fewer than ten jazz albums of Porgy and Bess’ score were released in 1959: Miles Davis, Oscar Peterson, Ralph Burns, Mundell Lowe, Hank Jones, Bill Potts, Buddy Collette, Rex Stewart and Cootie Williams, Diahann Carroll with the André Previn Trio, and a duet album featuring Harry Belafonte and Lena Horne.

While shooting Porgy and Bess in Hollywood in the second half of 1958, Sammy Davis, Jr. also laid down tracks for his own Porgy and Bess album, with which to capitalise on his star billing in the film. Joining him would be his Decca stablemate Carmen McRae, with whom he had already recorded a duet album, Boy Meets Girl. Carmen provided two cuts (“Summertime” and “My Man’s Gone Now”, both recorded in New York), and joined Sammy in Los Angeles for one duet (“I Loves You Porgy”). Sammy recorded the remaining songs solo. 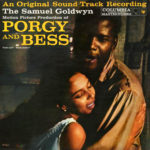 Sporting notable cover art by pop artist James Meese, Decca’s Porgy and Bess was released in March 1959, exactly three months before the film’s premiere at the end of June. Columbia also released an official Porgy and Bess soundtrack album in June, but contractually Sammy could not appear in it. Cab Calloway subbed in for Sportin’ Life’s two songs from the film, “It Ain’t Necessarily So” and “There’s a Boat Dat’s Leaving Soon For New York”. Despite this, the name Sammy Davis, Jr. is emblazoned across the reverse of the LP sleeve, and so for many years many people have assumed it is Sammy when it is not.

Decca’s Porgy and Bess marked Sammy’s first collaboration on record with arranger Buddy Bregman, well known at the time for his work with Ella Fitzgerald and Bing Crosby. Bregman and Sammy had been friends for years, and while Bregman was working on the charts for Porgy and Bess, the two were actually rehearsing together for a stage play production of The Desperate Hours at the Hollywood Centre Theatre.

A full string orchestra and The Bill Thompson Singers were brought in to back Sammy and, believe it or not, the arrangements manage to overcome even Sammy’s powerful voice, at times swallowing him with brass or suffocating him with strings (perhaps an audio mixing issue). Despite this, you can tell that Sammy isn’t holding anything back – Porgy and Bess was a labour of love for him, especially given how hard he lobbied Goldwyn for his role in the film in the first place.

I Got Plenty O’ Nuttin’: While Carmen McRae’s two cuts stick more closely to the original opera’s orchestrations, for his contributions Morty Stevens had no hesitation in taking the (really) big band and making it swing! Exhibit A here…

I Loves You, Porgy: A lovely duet, arranged by Buddy Bregman, with Jack Pleis conducting. The new stereo technology is really utilised to the fullest, with Carmen firmly in the left channel, and Sammy firmly in the right.

It Ain’t Necessarily So: One of Sportin’ Life’s two big numbers in the film, Sammy imbues this recording with the same touch of malefic mischief that he brought to the role on the silver screen.

Bess, You Is My Woman Now: Issues with mixing and orchestration aside, Sammy does the beautiful melody justice. This track gives you more of the operatic nature of Porgy and Bess than some of the other tracks.