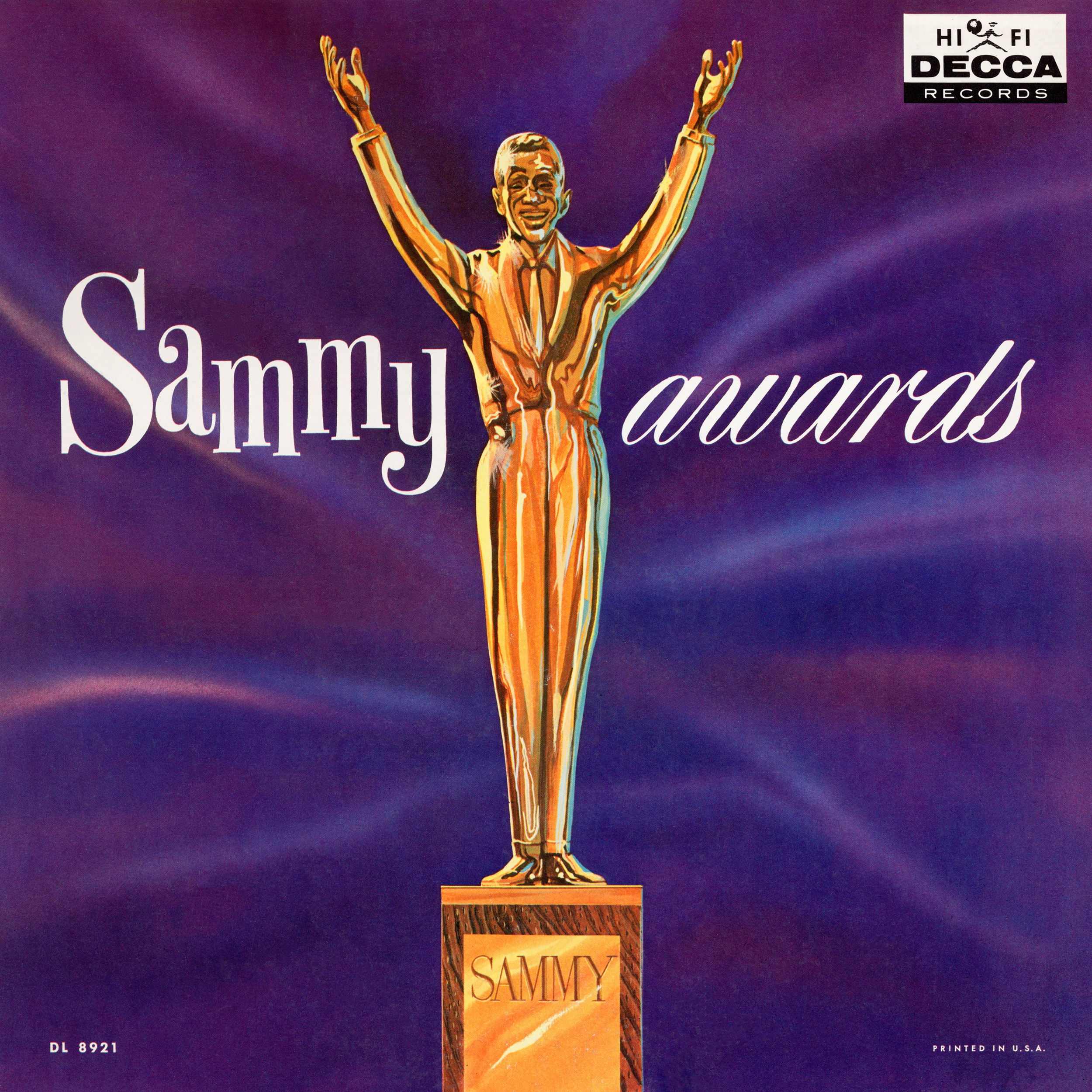 All of the songs on Sammy Awards were written specifically for the cinema between 1935 and 1954. Now, to say that Sammy Davis, Jr. was a cinema aficionado would be something of an understatement. He had one of the most extensive private film collections in Hollywood, and took an inordinate number of movies on the road with him traveling around the world; wherever Sammy was, either at home or a hotel room, he was screening films for friends.

Sammy was further obsessed by movie trivia – as anyone who has read his book Hollywood in a Suitcase would know – and used to hold competitions with another film buff, Mel Tormé, in which they would try to catch each other out with some small detail of motion picture history. The two even went head-to-head with one another on the 1969 celebrity movie trivia game show The Movie Game. The show’s host Army Archerd later recalled “the stars were serious about displaying their savvy about Hollywood and the two best-informed players turned out to be Sammy Davis, Jr. and Mel Tormé.”

So it is no surprise that Sammy would decide to record an entire album of songs that not only hailed from motion pictures, but that also shared this trivial connection to each other: all had been nominated for an Academy Award for Best Original Song … and lost. In fact, when Australian record label Festival issued Sammy Awards, in true Aussie tell-it-like-it-is fashion, it changed the title to Academy Award Losers! The movies in question and the songs selected from them are:

This was Sammy’s second album utilising the services of Buddy Bregman as arranger and conductor, and Bregman split duties with Sammy’s regular musical director, Morty Stevens. All 12 cuts were recorded across a two-day session in New York in June 1959, six with full strings, six without strings.

Sammy is in good form throughout (although some of the slower numbers lack a little bit of depth), and his performance is summarised by Burt Korall on the LP’s liner notes as “a happy blend of show business, romance, seriousness and pulsation”. A fair summary of the album, and indeed of Sammy Davis, Jr. himself.

For Every Man There’s A Woman: Given an appropriately Arabian air (the film it originated from was 1948’s Casbah) by Buddy Bregman, this one swings something fierce, and Sammy even goes a little off script (“and for every woman, a cat to love … where oh where oh where is my woman?”).

I Fall In Love Too Easily: According to the master listings, this was the last song to be recorded at the end of day two, and one can imagine it might have even been an afterthought; Sammy is paired with just an electric guitar. The LP’s liner notes indicate the guitar is played by Mundell Lowe, making this track a very worthy bonus track to Sammy and Lowe’s full duet album Mood To Wooed, recorded two years earlier. One wonders if it is in fact an out-take left off the initial album.

Blues In The Night: Track #1 and Sammy blasts out of the gates with this barnstorming Buddy Bregman arrangement. It seems like slightly too high a key to get the best from Sammy, but Sammy boldly embraces the challenge and sometimes sounds a mere decibel or two away from tearing his glottis out.

The Gal That Got Away: Judy Garland made the song famous (as “The Man That Got Away”) in A Star Is Born. Sammy clearly loved the tune: Garland would perform it on one of her two appearances on The Sammy Davis, Jr. Show in 1966. Morty Stevens gives the arrangement the occasional touch of the intimate saloon song.