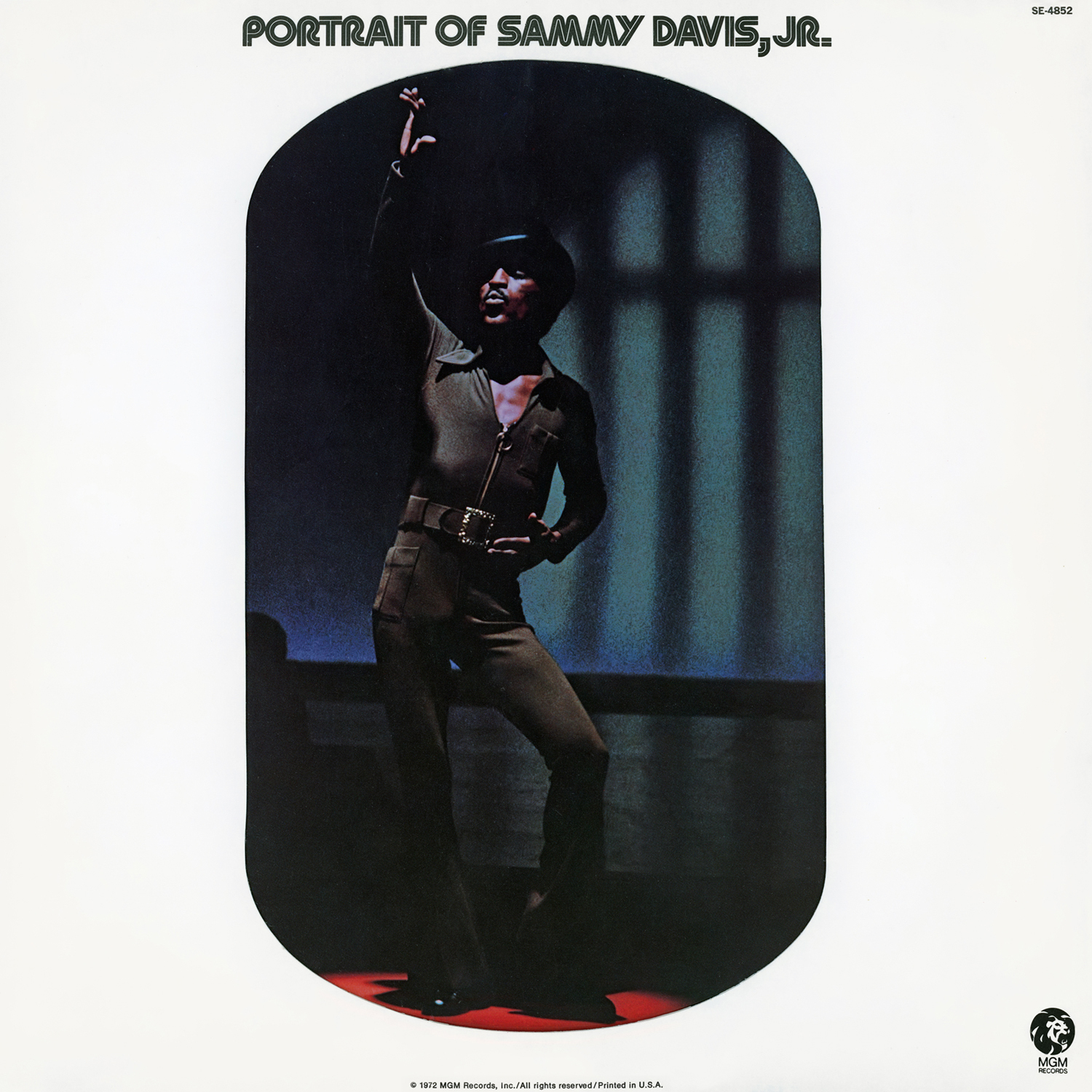 In the summer of 1972, Sammy Davis, Jr. was enjoying his greatest commercial success on vinyl: “The Candy Man” was sitting at #1 on the Billboard charts, and Sammy’s first LP for MGM Records, Now, had risen to #11. Producer Mike Curb had somehow managed to crack the nut of making Sammy’s classic repertoire of ballads and show tunes work commercially, rather than indulging Sammy’s semi-successful diversions into R&B and soul. MGM and Sammy quickly got to work on a follow-up album – Portrait Of Sammy Davis, Jr., which would introduce on record Sammy’s final signature tune, “Mr. Bojangles”. 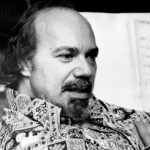 To be Sammy’s primary collaborator at MGM, Mike Curb had chosen arranger Don Costa. Costa had worked with Frank Sinatra since 1961, with the two working very closely in the late 1960s until Costa suffered a heart attack while conducting for Sinatra in Japan. After Costa’s recovery, he began working with Curb at MGM, producing for The Osmonds and Petula Clark among others, and later continued to work on occasional projects with Sinatra at Reprise. Costa would help produce most of Sammy’s output at MGM.

Costa had already arranged a couple of tunes for Sammy in 1971, but on this occasion he would employ his versatile talents and arrange the entire album across a range of styles. The only exception was “In My Own Lifetime”, a leftover from Sammy’s Motown recordings. This classic Sammy showstopper was from the 1970 Broadway musical The Rothschilds (produced by Sammy’s Golden Boy producer, Hillard Elkins). It is the only song not composed by Leslie Bricusse and Anthony Newley on Side One of Portrait Of Sammy Davis, Jr.

Continuing Sammy’s career-long love affair with all things musical theatre and all things Bricusse and Newley, the remaining four songs on Side One (“The People Tree”, “Tomorrow”, “I Do Not Love You” and “It’s A Musical World”), were all taken from Bricusse and Newley’s then-upcoming West End musical, The Bad Old Good Old Days, which opened in London in December 1972. Bricusse once described this production as “a modest little saga about man, life, death, God and the devil, with the history of the world thrown in.”

Side Two of the LP serves to demonstrate Sammy’s flexibility as a vocalist, even within the confines of the ‘middle of the road’ sound of the era. “When The Wind Was Green” was a classic ballad dating to 1949, whereas “You Can Have Her” was a popular rhythm and blues number throughout the 1960s. “Sweet Gingerbread Man” was a piece of bubblegum-pop (which The Mike Curb Congregation had incongruently debuted in MGM’s R-rated sex-and-drugs film The Magic Garden of Stanley Sweetheart), while “Love Is All Around” was the theme song to The Mary Tyler Moore Show – the first of many TV themes Sammy would record in the 1970s.

On the heels of “The Candy Man”, no fewer than three tunes were given similarly chipper arrangements by Costa, with syrupy background vocal support from The Mike Curb Congregation: “The People Tree”, “Sweet Gingerbread Man” and “It’s A Musical World”. The first of these was released as a single, and was successful enough, climbing to #16 on the Billboard Adult Contemporary charts. The last became the title track for a special MGM compilation It’s A Musical World, released in the UK also in 1972.

The album’s finale was the song with which Sammy would regularly close his live act for the next 20 years: “Mr. Bojangles”. It is curious how closely associated the number ultimately became with Sammy, given that the single released never charted. Sammy’s first introduction to the song was on an appearance on This Is Tom Jones in April of 1970 in which Jones sang the song while Sammy mimed the character of Bojangles – a stunning performance by both legends. After the song became a #9 hit for The Nitty Gritty Dirt Band, Sammy included it in his repertoire.

But he did so very reluctantly indeed. Perhaps he subconsciously feared the story of a washed-up alcoholic tap dancer had unfortunate autobiographical potential. But people loved Sammy’s interpretation of the song, perhaps associating Sammy with the past glory of legendary tap dancer Bill ‘Bojangles’ Robinson, who had in fact mentored Sammy briefly in the early 1930s. The song had nothing to do with Robinson whatsoever – its author Jerry Jeff Walker had been inspired by a white street performer in a New Orleans jail – but something struck a chord with Sammy’s audiences and he soon moved the piece to be his closing number. Fittingly, MGM chose it to close Portrait Of Sammy Davis, Jr.

The album didn’t find the success of its predecessor, but still charted for 15 weeks, rising to #128 on the Top 200. It was, however, something of a critical success. The Lincoln Journal Star called it “a super album done by a superstar.” The Pittsburgh Post-Gazette said “the singer-dancer’s latest MGM album is one of the best of his career”. The Copley News Service’s review claimed that “Davis shows his versatility in a well-balanced variety of songs … this is an album that deserves a lot of listening.” Sadly, over the years there hasn’t been a lot of listening to Portrait of Sammy Davis, Jr., which remains one of the lesser appreciated entries in the Sammy canon.

Mr. Bojangles: An absolutely iconic recording, with an outstanding arrangement by Don Costa (very different to arrangements of the song that had come before) that gives Sammy freedom to tell the story slowly and in his own inimitable way. Sammy had recorded “Bojangles” in early 1971 for Motown (unreleased) but simply wasn’t a fan of the song. He would later ponder: “The two songs that I wanted nothing to do with, the two signature things which everybody associates with me – I backed into them both. Which shows that you can be in this business fifty years and you still don’t know anything about it!” His audiences wouldn’t be denied though, and it became his closing number. At a show on 22nd March 1988 he would tell the audience: “I wouldn’t leave the stage without including “Bojangles”. ’Cause I don’t want nobody here talking about, when you’re going home tonight, saying ‘He didn’t do “Bojangles”! Dat’s the only thing the little turkey ever did I liked!’”. Using it to close his final show at Harrah’s in Lake Tahoe on 17th September 1989, “Mr. Bojangles” became the last song he sang on stage.

When The Wind Was Green: First recorded in 1949 by Hugo Winterhalter and His Orchestra and Choir, this little-known tune was resurrected somewhat by Frank Sinatra in 1965 for his album September Of My Years. Sammy makes the most of the beautiful melody and Don Costa’s very elegant arrangement provides the perfect mood. Grade A balladeering – which Sammy didn’t get to do an awful lot of the time in the late 1960s and early 1970s.

Tomorrow​: A classic Leslie Bricusse / Anthony Newley number with all the hallmarks of a song that would work for Sammy: an optimistic, self-actualising piece with a knockout finish. In the final three years of his career, Sammy returned to “Tomorrow” and included it regularly in his live repertory.

You Can Have Her: A hit single for Roy Hamilton in 1961 and regularly covered by every man and his dog throughout the 1960s, this song is turned into a near 7-minute rollicking gospel-rock number (with a few Wilson Pickett-esque screams thrown in, no doubt fulfilling Sammy’s requisite quota of soul for the album).