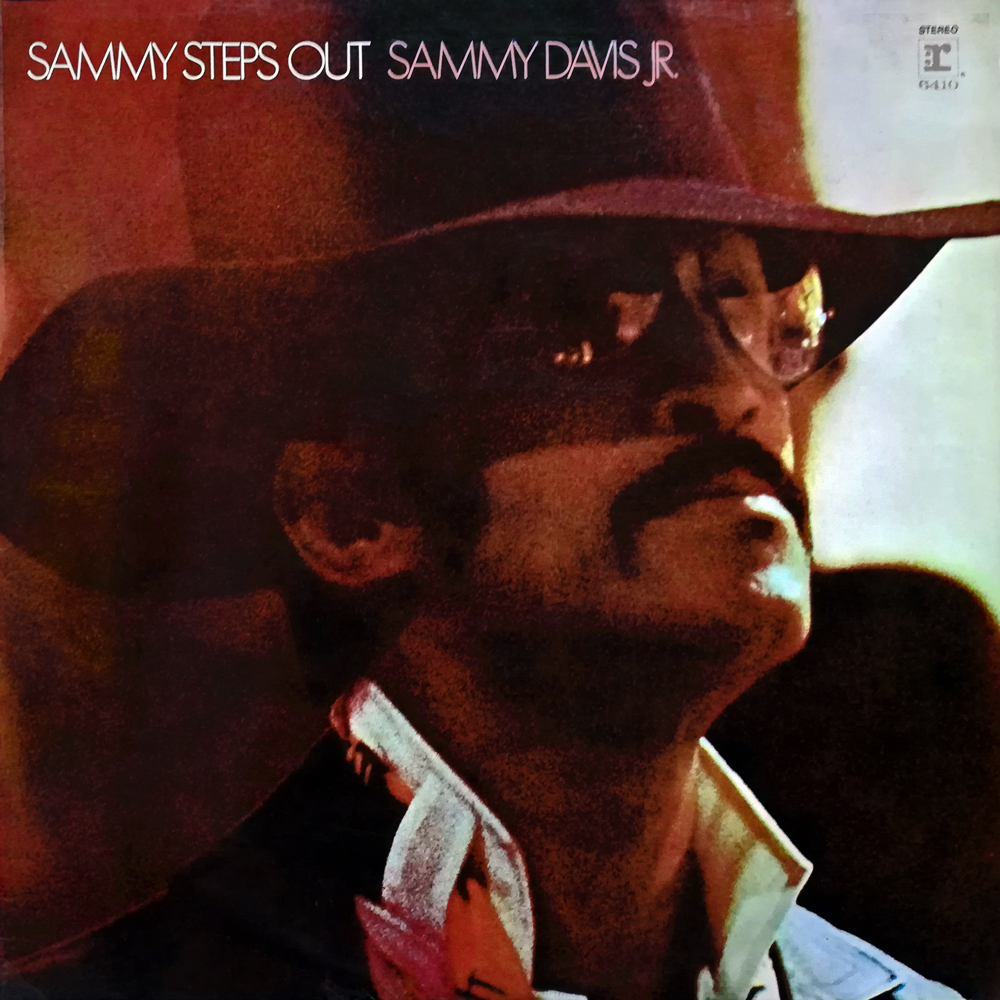 By the time Sammy Steps Out made its way into record stores in August of 1970, Sammy Davis, Jr. had already left Reprise Records and signed with Motown. In fact, Sammy’s first album in partnership with Motown had been released four months earlier in April. Four of the cuts on Sammy Steps Out had already appeared on Sammy’s previous Reprise LP, The Goin’s Great, and the remaining six had been recorded way back in March and June of 1968.

Sammy Steps Out’s torturous path to release began in the spring of 1968 when Sammy was in Chicago performing in Golden Boy (in preparation for its run on the West End in London). At a time of massive racial upheaval following the assassination of Martin Luther King, Jr., Sammy actively sought out the perspective of the Chicago Black Power leaders, meeting them backstage and at his hotel. He also met with ghetto gangs like the Blackstone Rangers and the Commandos.

Sammy told Reprise’s producer Jimmy Bowen: “You know, Bowen, I worked all my life to be white and just about had it figured out – and now they tell me black is beautiful.” Sammy wanted to record more R&B-styled material. “I’m black, I’m getting pressure to be black, I gotta do this.” 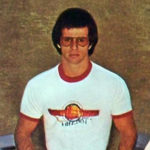 To make the album, Bowen partnered Sammy with arranger Al Capps and a 23-year old hotshot producer named Mike Post. Post, who would go on to become one of television’s greatest composers (writing the themes to Hill Street Blues, L.A. Law, and Law & Order amongst many others), was working for Bowen’s company Amos Productions and had already had a #5 hit producing The First Edition (soon to become Kenny Rogers and The First Edition).

Sammy worked with Post across two sessions in June 1968. The duo selected some popular songs from 1967 to cover, as well as a couple of Mike Post originals. They included two Barry Mann / Cynthia Weil numbers: “She Is Today” (originally released by Mann himself and later covered by The Vogues, also on Reprise) and “It’s A Happening World” (which had charted for The Tokens and Australian band The Executives). During the sessions, however, Sammy was struggling to produce the sound Post was after.

According to Bowen: “Mike was upset at how un-soulful Sammy could sound … While doing the LP, Sammy’s frustration peaked and he snapped. He broke down crying, slamming his fist against the wall and banging his head on the sound gobo, a portable device positioned around a mike stand for isolation baffling. ‘Oh fuck it, fuck it, fuck it,’ he screamed. ‘You’re blacker than I am.’ Mike said through the glass, ‘Yeah, okay, so what? I grew up on Chuck Berry, Little Richard and Ray Charles. You grew up studying Sinatra.’”

The recordings were mostly shelved – and several would never be released at all, including Jesse Colin Young’s “Another Strange Town” and “A Man Without A Dream”, later covered by The Monkees. Once Sammy left the label, Reprise took four cuts which had appeared on The Goin’s Great (including the fantastic “This Guy’s In Love With You”) and added six of the Mike Post-produced cuts to complete Sammy Steps Out.

The music critics at the time certainly weren’t enthused. Bob Talbert in the Detroit Free Press: “I wonder if Sammy Davis would have let Reprise release this so-so collection of songs had he still been recording for them and not Motown?” Herbert Aronoff in The Gazette summed up the general assessment: “Sammy really steps in it here. His style puts the top on what should be an open-faced sandwich.”

While perhaps a disappointing conclusion to Sammy’s otherwise outstanding decade-long output on Reprise Records, the album grows on you over time and could be considered a guilty pleasure for any true Sammy Davis, Jr. fan.

Do What You Gotta Do: Written by Jimmy Webb and first recorded by Johnny Rivers, this was a minor hit for Al Wilson early in 1968. Here it is given a great rhythm ballad arrangement by Al Capps, with cool bass licks and tasteful backing vocals providing Sammy with solid support.

Turnaround: This rockin’ number seems to have been written specifically by Mike Post for Sammy, reflecting the situation Sammy found himself in vis-à-vis his relationship with the black community: “Changes, changes, I’m paying my dues, I sure ain’t alone in what I’m goin’ through, ’cause black is black and you can’t put it down – if you’re on the wrong track you gotta turn around … Turn around, you’re out in the street, it’s all understood by the brothers you meet – you don’t have to scream it, or be afraid, the blood in your veins means your membership’s paid.”

Love Is Just A Meaningless Word​: The lyrics are fairly pessimistic, but Sammy keeps the song buoyant, making the most of the nice melody. A Mike Post original, written with Sammie Waite and Texas rhythm ’n’ blues singer Joyce Webb, who was a close friend of Kenny Rogers.

Please Don’t Go: A haunting and kinda trippy number with heavy strings – there’s a strain in Sammy’s voice which fits the words and music perfectly. It was written by David Cohen, originally a folk guitarist who at the time was a LA studio musician working with the likes of Bobby Darin and The First Edition.