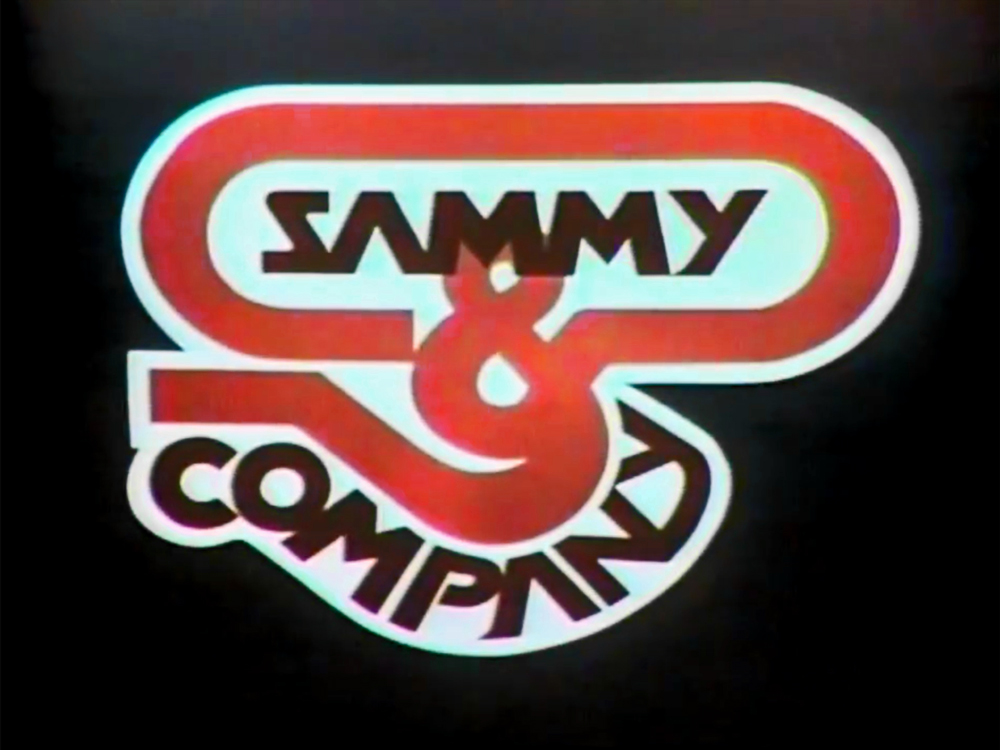 Sammy Davis, Jr. loved talk shows. Was there a prominent talk show host from 1960 to 1990 who didn’t get to have Sammy on their show? Jack Paar, Johnny Carson, Mike Douglas, Joey Bishop, Merv Griffin, David Frost, Dick Cavett, Dinah Shore, Phil Donahue, Terry Wogan, Michael Parkinson, David Letterman, Arsenio Hall, Larry King – Sammy did all their shows. He substituted for Johnny Carson and guest-hosted The Tonight Show on 24 occasions. When he did so on the 19th April 1965, he became the first black man to host a late-night talk show.

However, both personally and professionally, the mid-70s saw Sammy Davis, Jr. reach a nadir. It was his worst period of drug and alcohol abuse, and he had become an increasingly demanding, and unreliable performer on stage, susceptible to tantrums and mood swings. In his own words: “I had drugs, booze and broads, and I had nothing”. Furthermore, Sammy constantly needed to chase big money to fund his extravagant lifestyle. In November 1974, Sammy started a massive new contract with Caesar’s Palace in Las Vegas, which saw him leave The Sands Hotel and play the Circus Maximus until 1983.

At the same time, Sammy and his manager Sy Marsh worked with Pierre Cossette (who had produced The Andy Williams Show and brought The Grammy Awards to television in 1971) on a further financially rewarding venture: Sammy’s own talk show. The program would be sold in syndication – leaving it less up to the whims of a network to cancel, as NBC had done to NBC Follies – and would be inexpensive to produce. Shows would be 90 minutes long, would be pre-taped to allow for various degrees of editing, and would be filmed back-to-back around the demands of Sammy’s road schedule.

Where Sammy’s 1966 effort The Sammy Davis, Jr. Show had been a variety show with some interviews, this would be a talk show with some variety elements: Sammy and guests would sing, and there would be some comedy sketches (which Sammy would not appear in). To this end, comedy actors Avery Schreiber, Kay Dingle, Joyce Jillson and Sammy’s Golden Boy co-star Johnny Brown were cast for the sketches, while Carl Gottlieb and Alan Thicke were hired as writers.

Sammy could safely be relied upon to attract many of his show-business friends to appear, and accordingly the roster of guests was impressive (one episode in particular, devoted to the history of jazz, featured Count Basie, Dizzy Gillespie, Sarah Vaughan and Billy Eckstine). But Sammy also tried to showcase artists (often African American) who were less likely to appear on the more popular talk shows – like singer Marlena Shaw, actress Esther Rolle, comedian Franklyn Ajaye, and R&B vocal quartet The Chi-Lites.

Referring to this aim specifically at the conclusion of an early episode, Sammy said: “I hope you folks at home had fun, ’cause what we intend to do is try to make the best of both possible worlds, let you into my world a little bit – try to entertain you with variety – and also get some words out of some friends and buddies that perhaps some of the other people wouldn’t, or maybe don’t know ’em well enough to ask. But, most importantly, not to hurt nobody, man, ’cause I don’t believe in that, and to make it informal.”

Starts filming on the road

Sammy & Company started taping shows in January, and the series launched on 5th April, having been sold into 40 markets across the country. Being in syndication, it aired at different times in different places, but in the most important markets the show aired at 11:30pm on Sunday nights – something of a graveyard slot. After several episodes, it was clear that the sketches weren’t working, and so they were dropped. The roster of guests was largely restricted to show-business types to whom Sammy could chat without much preparation.

However, Sammy’s familiarity with his guests, mixed with his legendary generosity and the occasional effects of drugs and alcohol, became a toxic combination; Sammy generally exhibited his worst tendencies as host. On screen, he came across as unduly unctuous – with his over-the-top flattery and his uncontrollable laughter at the mildest of his guests’ jokes. Sammy arguably had more individual talents than anyone in entertainment history, but being an insightful interviewer probably wasn’t one of them. (One episode featuring Chita Rivera and Liza Minelli found Rivera patiently waiting for Sammy’s rambling and incoherent questions; both Sammy and Liza were seemingly high as kites.)

The series rated acceptably, and after a 13 episode first season, it was renewed for a second season of 25 episodes from October 1975. The first season had been filmed in Hollywood at TransAmerica Video studios, whose production facility Sammy impulsively bought, before later selling to Merv Griffin when it was clear he couldn’t afford it. For the second season, however, the decision was made to take the show on the road to New York and Caesar’s Palace in Las Vegas, and film some episodes where Sammy happened to be appearing on stage. This approach was followed further when a third season of 17 episodes was ordered – six shows were taped in Harrah’s Casino in Lake Tahoe, and five shows in Mexico (from a makeshift stage poolside at the Continental Acapulco Hotel).

In total, 55 episodes were produced, and the final episode aired 19th March 1977. In amongst the forgettable material, there were some exceptional musical performances from Sammy and his guests across the three years, and over 40 clips from a range of episodes have been preserved on YouTube thanks to Stan Gilmer. For Sammy’s efforts, he was nominated in late 1976 for a Golden Globe Award in the category of Best Actor — Musical or Comedy Series, eventually losing to Henry Winkler for Happy Days.

Legacy – both good and bad 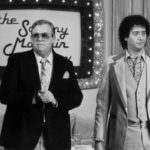 The Sammy Maudlin Show on SCTV

Despite the Golden Globe nomination, Sammy’s performance was ripe for caricature. It provided fodder for Billy Crystal’s killer – if loving – 1980s impression of him, which ultimately, and unfortunately, has stuck in the public consciousness. Less loving was the deadly accurate send-up of Sammy & Company on the sketch comedy program Second City Television (SCTV) in a segment called “The Sammy Maudlin Show”. The recurring sketch saw Joe Flaherty as ‘Sammy’ and John Candy as Sammy’s sidekick, unsubtly named ‘William B. Williams’, trading fawning compliments with each other and their guests. SCTV aired 18 “Sammy Maudlin” segments between 1976 and 1984, meaning the (admittedly brilliant) parody of Sammy & Company lasted three times as long on television as the original did!

In time, Sammy came to agree with his critics. In Why Me? in 1989, he wrote: “Reviewers had criticized me for doing phony breakups. It was painful reading it then, but fifteen years later I agreed with them. I watched myself laughing too hard at things that weren’t that funny … I watched myself introducing guests. ‘My dear friend … a great talent …’ I remember reading that my introductions were too flowery. It was my vaudeville upbringing of giving another performer all the courtesy possible, verbally ‘carrying them on’, but I belabored it. I’d resented reading it, but they’d been right.”

However, the legacy of the show was not all bad. In March 1990, talk-show host Arsenio Hall received the Sammy Davis, Jr. Award for Entertainer of the Year at the Soul Train Music Awards, and paid tribute to the man the award was named after: “Before there was Michael (Jackson), before there was Prince, before there was Eddie (Murphy), there was Sammy. For all of us on this road now, we owe thanks to the man who paved it.” Hall indicated upon receiving the Award that he was heavily influenced by seeing Sammy & Company, and a black man in the role of a talk-show host, saying “Johnny (Carson) showed me the form, but Sammy showed me that I could do it, too.”

Alas, a final indignity was suffered by Sammy & Company in July 2002, when in TV Guide’s special 50th Anniversary ranking of the Worst 50 Television Shows of all time, the show found itself sitting at #23 – sandwiched between two NBC failures from 1982, One of the Boys and The Powers of Matthew Star.