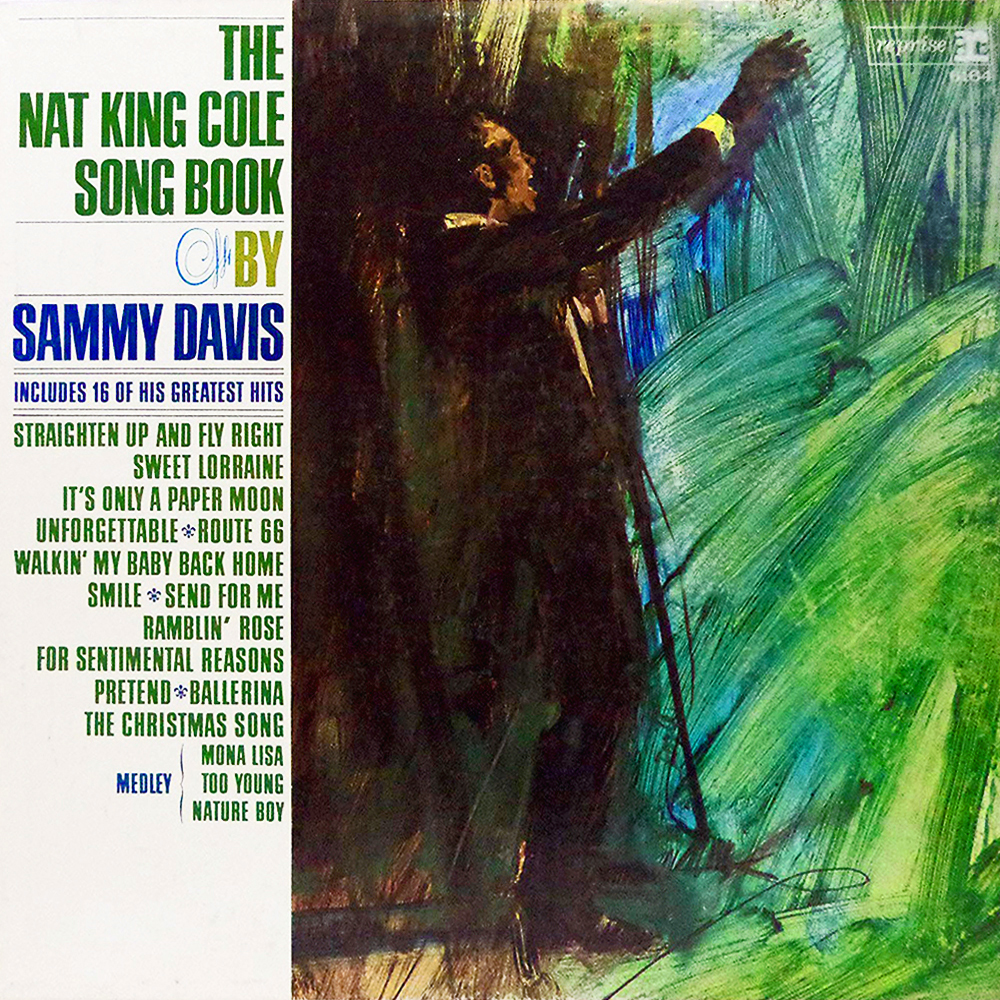 Sammy Davis, Jr. and Nat ‘King’ Cole had met in the early 1940s when Sammy, his father and Will Mastin opened for the Nat King Cole Trio at the Million Dollar Theater in Los Angeles. Sammy had idolised Cole – one of Sammy’s first on-stage impressions was to mimic Nat’s singing style – and the two became very close friends. Sammy appeared on Cole’s groundbreaking NBC variety television program in July 1957, and Cole famously helped calm Sammy’s dressing room nerves (with a bottle of scotch) before their Royal Command Performance in front of Queen Elizabeth II in 1960.

When Nat Cole passed away in February 1965, the entertainment world mourned not only a great talent and a trailblazing African American performer, but also a generous and kind individual who had been universally admired. Few would have been as devastated as Sammy. Fairly quickly plans were set in motion for Sammy to record a full-length tribute album to Cole on Reprise. Sammy had already recorded two titles closely associated with Cole, “Smile” (on Salutes The Stars Of The London Palladium) and “The Christmas Song” (on Sings Mel Tormé’s California Suite), and he would record a further 12 songs for this album. 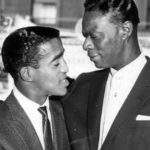 At the end of March 1965 (with Sammy’s voice largely but not yet fully healed from the abuse it had been put through in the latter half of 1964), Sammy entered the studio to record four of Cole’s greatest hits. Notably, the arranger was Cole’s frequent collaborator, Billy May. Unusually, these four tracks marked the first and only time Sammy would work solo with May, one of Frank Sinatra’s favourite arrangers (Sinatra and May worked together on-and-off for 30 years). In the case of “Walkin’ My Baby Back Home” and “Send For Me”, May was re-inventing charts he had originally written for Nat Cole.

A further four songs (“Unforgettable”, “Ballerina”, “For Sentimental Reasons”, and the album’s closing medley) were tastefully arranged by a brand new planet in Sammy’s orbit, Prussian composer Claus Ogerman. Given Sammy’s love for all things bossa nova, Ogerman had caught Sammy’s attention while working at Verve Records arranging albums for the likes of Antonio Carlos Jobim and Stan Getz. The classically trained Ogerman would work on quite a lot of material for Sammy during 1965, and would go on to become one of the industry’s most prolific arrangers.

The final four recordings (“Straighten Up And Fly Right”, “It’s Only A Paper Moon”, “Route 66” and “Sweet Lorraine”) were made with Sammy Davis, Jr. paying tribute to Nat Cole’s Trio days by singing with only small jazz combo: piano, bass, guitar and drums. With the exception of Sammy’s two albums paired with solo guitar, these four quartet recordings provide the most low-key and ‘jazz-iest’ accompaniment of Sammy’s recording career, and the result is pure joy. Sammy displays the rhythm of a dancer and his deep appreciation of jazz – after all, he had impressed in Downbeat’s famous Blindfold Tests in the early 1950s.

Sammy sings the entire album ‘straight’ – no impressions of Nat or other clowning – simply respectful and outstanding reinterpretations of Nat ‘King’ Cole classics. The personal nature of this endeavour is highlighted by the fact that Sammy wrote the album sleeve’s liner notes himself. He finishes with the following observation about Cole: “Eventually the sadness, the sorrow will disappear. And then we’ll be left with two facts. One: That he was something very special as a human being, and as an individual in our society. Two: We ain’t likely to ever see his like again.”

Mona Lisa / Too Young / Nature Boy: A beautiful medley closes the album; Claus Ogerman would develop a special reputation for mastery with strings, and we can see elements of that future genius in the fledgling arranger’s work here. Meanwhile, Sammy is at his most ruminative. In his AllMusic review, Lindsay Planer writes: “Ogerman’s restrained instrumentation allows Davis room to make the melodies his own, while still very much retaining the warm, embracing, and above all gentle style that defined Nat King Cole.”

(Get Your Kicks On) Route 66: A perfect match of singer, accompaniment and song. It might have been twenty years since Nat Cole’s rendition of Bobby Troup’s oft-recorded number became a hit on both the R&B and pop record charts, but Sammy makes it all seem fresh, delightfully gambolling his way through the place names. The jazz quartet provides apt support in making this a winner.

Send For Me: Classic Billy May bravado: this number is delivered as a rousing uptempo swinger with plenty of horn (and a mighty R&B piano solo). Sammy is up to the task, matching May’s energy with his own inimitable flair. A sizeable nugget in this goldmine of an album.

It’s Only A Paper Moon: Written for an unsuccessful 1932 Broadway play called The Great Magoo (of all things, a Coney Island love story), this splendidly olde worlde song beat the odds and became a standard. It is ideally suited to both the pared-back quartet setting provided and the uncomplicated reading Sammy delivers.