Pic of the Day: Young Sammy Davis, Jr. with a friend in 1930s New York 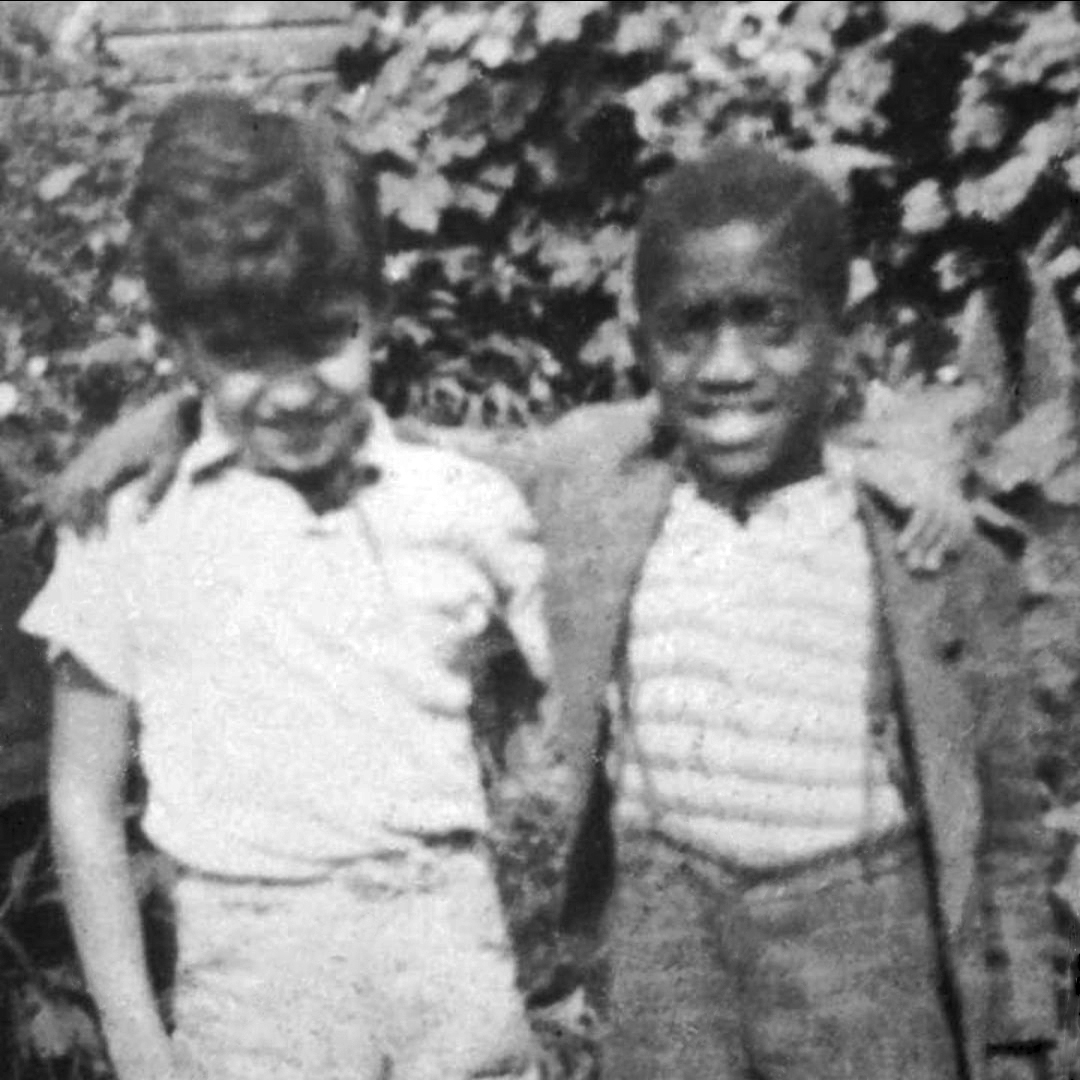 Our Pic of the Day today is a fantastic snap of Sammy Davis, Jr. as a young boy alongside his summertime friend Joe Mancarella. What a delightful and charming photo of boyhood friendship!

Each summer for several years, The Will Mastin Trio (with Sammy billed as ‘Little Sammy Davis’), would play at Martin’s Restaurant in Watertown, NY. Martin’s was a restaurant/nightclub owned and run by Joe’s parents, and Joe and Sammy became friends – close enough that Sammy gave Joe the chicken pox one year! 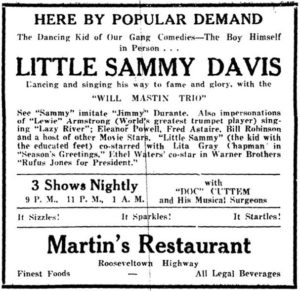 The advertisement (right) announcing Sammy ran in the Massena Observer 83 years ago today, Friday August 13, 1937. It heralded Sammy as ‘The Dancing Kid of Our Gang Comedies’, which was in fact not true at all – Sammy had never appeared in any of the Our Gang series of comedy shorts created by Hal Roach, although he had appeared in two Warner Bros. Vitaphone shorts in 1933.

What is fascinating about this advertisement (right) is that it was Sammy’s recollection (in Yes I Can and other interviews) that his impressions of white actors started after his stint in the army (and was initially included much to the chagrin of his father or Will Mastin). Here however, we can see Sammy billed as performing impressions of Jimmy Durante, Fred Astaire and Eleanor Powell (as well as Louis Armstrong and Bill Robinson) as early as age 11! 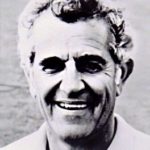 Sammy’s friend Joseph Mancarella served in World War II as a member of an artillery unit in the Korean War. After studying at SUNY Cortland, he taught physical education and coached at Monroe Community College in Rochester, NY, from 1962 to 1989, including 26 years as Head Coach of the school’s soccer program. His 364-76-13 overall record was the best among junior college soccer coaches and still ranks third all-time, and he was inducted into the NJCAA Men’s Soccer Hall of Fame in 1992.

Sadly, both Joe and Sammy were diagnosed with cancer in the same year, and after a long bout with the illness, Joe died in 1993, three years after Sammy. Thanks to Joe’s nephew Daniel Rayome (@DanRayome on Twitter), who has provided us with this fantastic image of Sammy and Joe!