Sammy Davis, Jr. performed “What Kind Of Fool Am I” countless times throughout his career, and his recording of it live at the Villa Venice is the first song of his I ever heard.

This version, recorded as part of his appearance on The Andy Williams Show which aired 25 October 1962, would have to be one of the live versions closest to what he put on record. It’s sensational, despite the fact he’s seated on a stool!

In the introduction, Andy Williams refers to Sammy’s ‘great big hit record’. Andy was right – “What Kind of Fool Am I”, with an arrangement by Marty Paich, was released as a single in 1962 and climbed to #17 on Billboard’s Top 100, charting for 15 weeks. It hit #6 on Billboard’s Adult Contemporary chart (then called ‘Easy Listening’). He subsequently sang this song at practically every live performance for the rest of his career.

The recording resulted from Sammy’s love affair with the music of Anthony Newley and Leslie Bricusse, and in particular their score from musical Stop The World – I Want To Get Off. The recording was nominated for a Grammy in two categories – Record of the Year and Best Male Solo Vocal Performance – and was inducted into the Grammy Hall of Fame in 2002. The song itself was nominated for a Grammy also in the category of Song of the Year, and won.

During this visit to The Andy Williams Show, Sammy also performed a great tap routine and duet with Andy to “Breezin’ Along with the Breeze”, which can be seen here on YouTube. 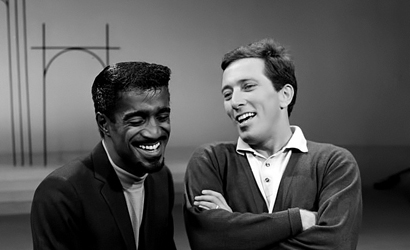