One of the greatest songs of all time, “Ol’ Man River” was in and out of the live repertoire of Sammy Davis, Jr. for much of Sammy’s career.

The song was written by Jerome Kern (music) and Oscar Hammerstein II (lyrics) for the 1927 musical Show Boat, and is sung in the first scene by the stevedore Joe. The song was closely associated with Paul Robeson for much of his career, and his 1928 recording was inducted into the Grammy Hall of Fame in 2006.

Sammy never recorded the song in the studio, but sang it live at the 4th May 1958 charity benefit for the Children’s Asthma Research Institute and Hospital, which was captured and released on LP. Somewhat new to singing the song in his live act, Sammy over-dramatised a little.

Today’s YouTube Tuesday clip is from 27 years later, but is also from a charity benefit – for UNICEF – held 4th July 1985, at Le Théâtre des Champs-Élysées in Paris. Sammy is far less mannered in this interpretation, although he continues to adopt the free rhythmic approach that he took to Kern’s tune throughout his career. You can tell that the song is special for Sammy, and on this occasion there is additional meaning to it – before singing the song, Sammy announces that his Independence Day performance of “Ol’ Man River” is dedicated to his road manager Murphy Bennett. 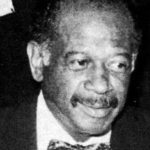 Two years older than Sammy, Chicago native Murphy Bennett was Sammy’s closest friend and confidant. Bennett started working for Sammy in 1959, and stayed with him until Sammy’s death in 1990. In tribute, the theme song for Sammy’s 1970s talk-show Sammy & Company was titled “Murphy’s Theme”. The two were so close Murphy regularly signed Sammy’s autograph. Murphy passed away in May 1993, aged 70.

Two other notable recordings exist of Sammy Davis, Jr. singing “Ol’ Man River”: one from a March 1966 episode of The Sammy Davis, Jr. Show, and one from March 1969 on The Hollywood Palace. In future blog posts, there might be something to say about both performances, which each utilised fascinating staging and filming techniques. 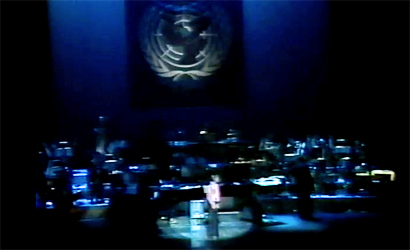 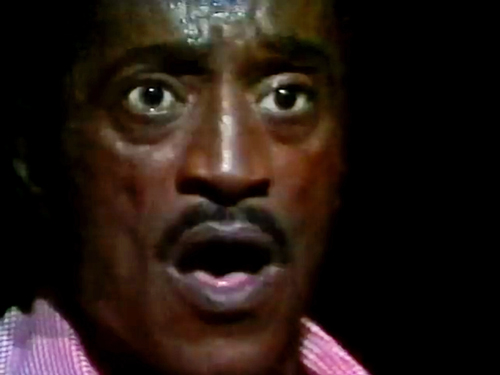 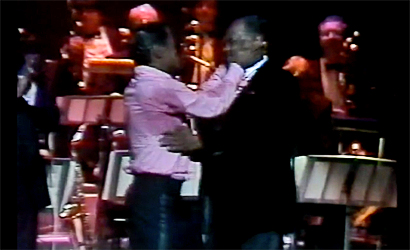