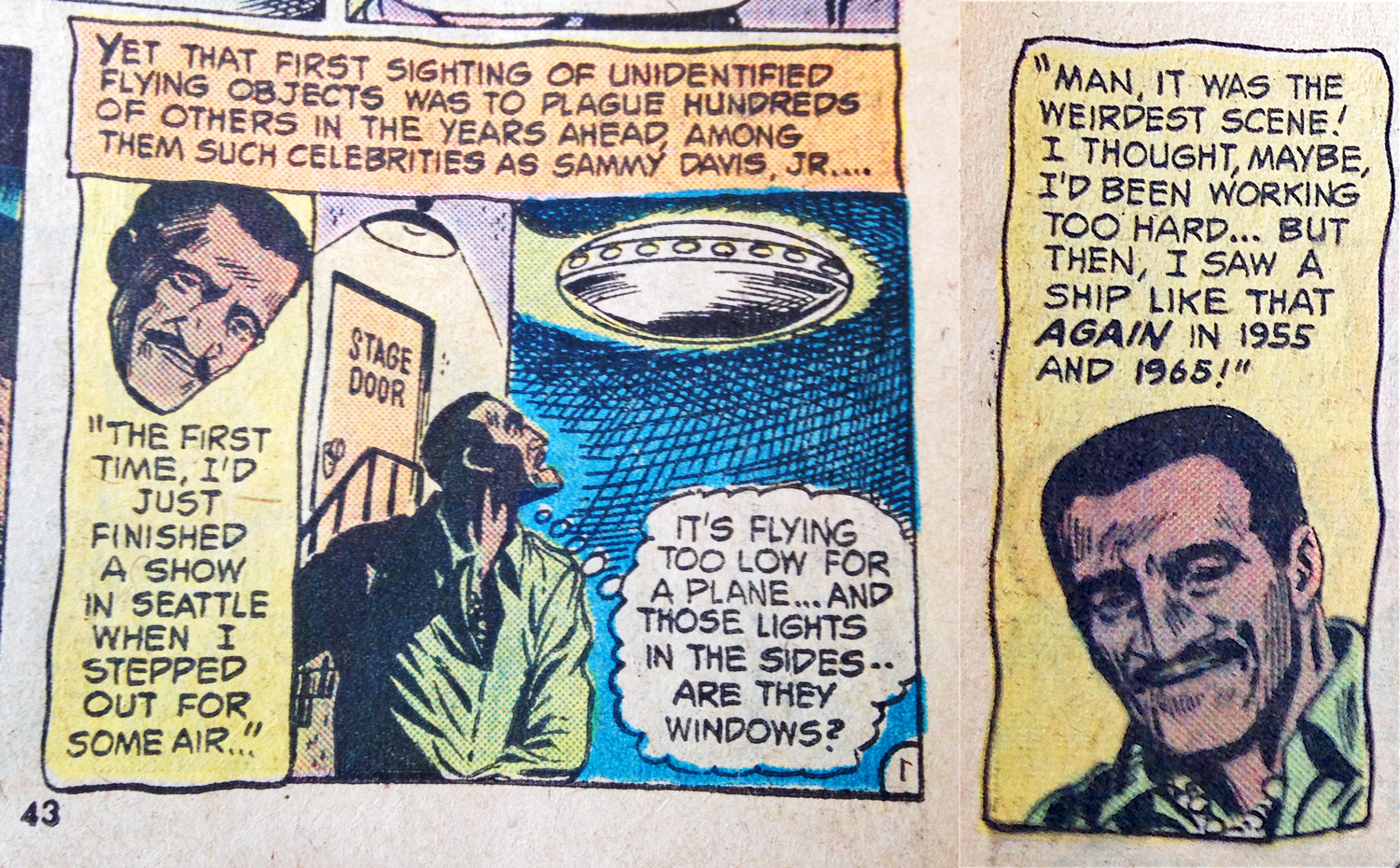 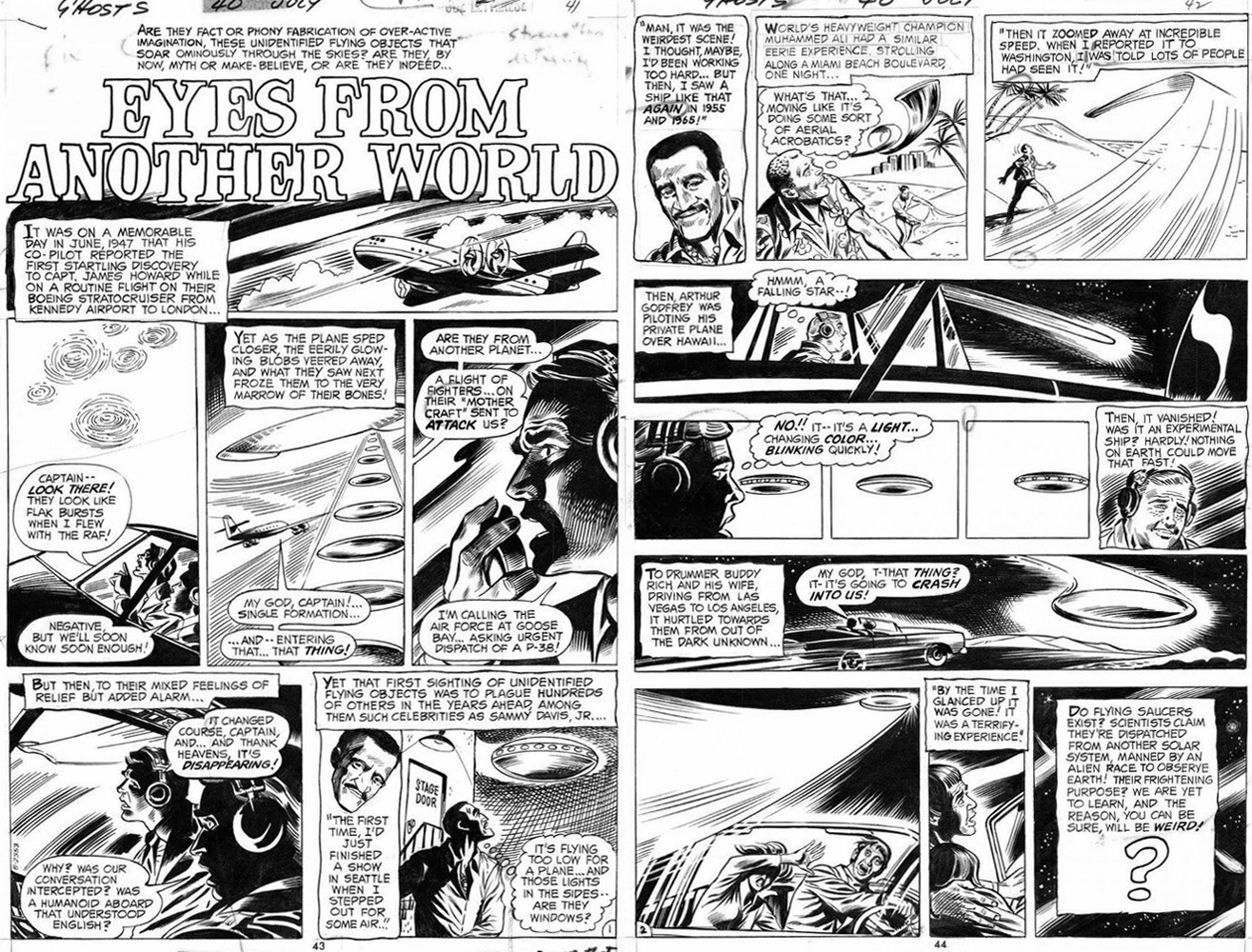 July 2nd marks the annual anniversary of the 1947 Roswell UFO incident, and as such is celebrated as World UFO Day. Our Pic of the Day links Sammy Davis, Jr. to flying saucers via an appearance in a DC comic book Ghosts in 1975. 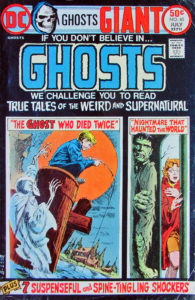 Ghosts was the name of a supernatural anthology series published by DC Comics from 1971-1982, spanning a total of 112 issues. As its title implied, every issue featured tales of hauntings, wayward spirits and the unexplained. Sammy appears in Volume 1, #40, which was published July 1975, in the two-page story “Eyes from Another World” (see left for both Sammy’s panel and the full two pages).

With art by John Calnan and letters by Ben Oda, the brief story is simply an account of various claims UFO sightings – first by Capt. James Howard (in 1954, the date is incorrectly presented as 1947) and subsequently by ‘celebrities’ Sammy, Muhammad Ali, broadcaster and entertainer Arthur Godfrey, and drummer Buddy Rich. All had indeed claimed to have seen UFOs over the years.

Sammy described his sighting in Palm Springs: “First they would stand still, and then they would take off and stop again, before finally shooting away in a flash.” Sammy’s claims have also been documented by author Preston Dennett in his 2004 book UFOs Over California: A True History of Extraterrestrial Encounters in the Golden State. What exactly did Sammy see? Is there life elsewhere in the universe?

Well, as we salute World UFO Day, I for one welcome our future alien overlords – especially if they have a cure for the coronavirus…