Pic of the Day: Honorary Degree from Atlanta University 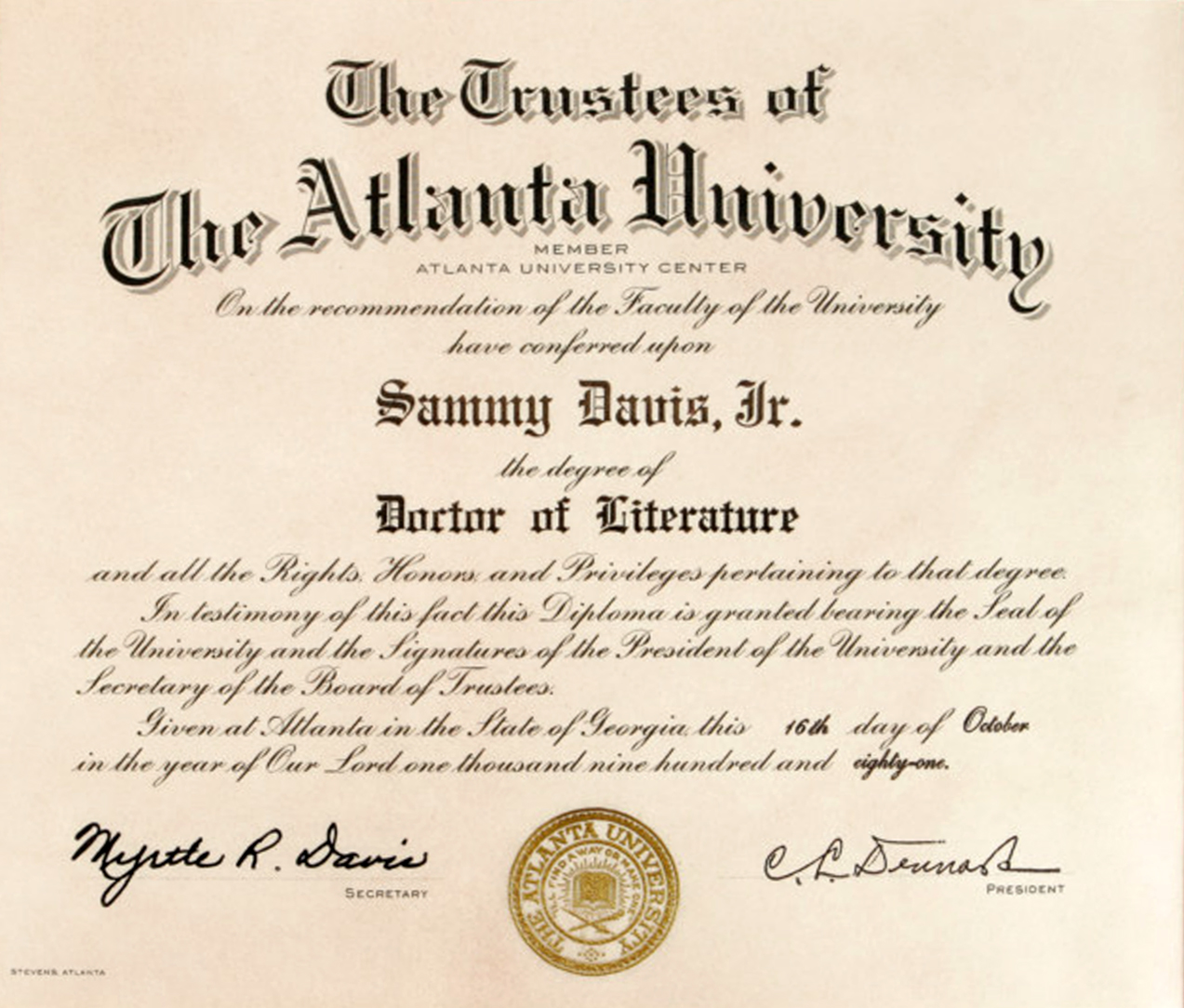 During his career, Sammy Davis, Jr., who was brought up ‘on the road’ and as such was never properly educated, received three Honorary Degrees. The first was from Wilberforce University in Ohio, which awarded Sammy an Honorary Doctorate in Fine Arts in 1971. 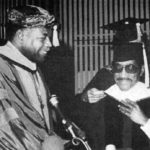 The second, coming ten years later, is today’s Pic of the Day (left). Sammy was awarded an Honorary Doctorate in Literature from Atlanta University, awarded 16 October 1981 at the University’s Charter Day Convocation.

In accepting the Honorary Degree from University President Dr. Cleveland Dennard, Sammy is quoted by Jet magazine as saying “I will try my best never to do anything to embarrass my people, my country and this honour.”

Two others honoured at the same ceremony were an African Studies professor from Middlebury College Vermont, John Spencer (later a trustee of Atlanta University), and Dr. John Hope Franklin, an historian from the University of Chicago.