Sammy Davis, Jr. was a lover of all things country – Westerns, trick shooting, gun spinning, fast draw, and in particular country music. He recorded smatterings of country songs throughout his career, and a full country album, Closest of Friends, in 1982. One his favourite country tunes was “The Gambler”, country music legend Kenny Rogers’ signature song.

Rogers actually started his entertainment career as a jazz bassist in The Bobby Doyle Trio, and playing bass and singing with folk group The New Christy Minstrels. He formed The First Edition in 1967, which had a hit that year with the psychedelic pop song “Just Dropped In (To See What Condition My Condition Was In)”.

Sammy had originally put a hold on “Just Dropped In”, intending to record it, but eventually he decided against it and the song went to Sammy’s Reprise Records stablemates (both Sammy and ‘The First Edition’ had Mike Post produce albums for them around this time). I can only imagine late 60s Sammy recording this warning song to the dangers of LSD!

When Kenny went solo in 1976, he quickly became one of the hottest recording artists and live performers in the world, and found a dedicated audience across the pop and country spectrum. He released the album The Gambler in 1978, and its title track, written by Don Schlitz, was one of his first, and biggest, hits, ending up #1 on the Country charts.

Sammy, a friend of Kenny’s, loved the song and regularly performed it in his live act over the next couple of years, and into the 1980s. This version comes from the 1980 Sammy Davis, Jr. TV special titled Sammy: The Golden Years, celebrating Sammy’s 50th Anniversary in show business. It was filmed at Caesar’s Palace in the Circus Maximus, aired on HBO in the US on 30 September 1980, and was subsequently released on LaserDisc in 1983. 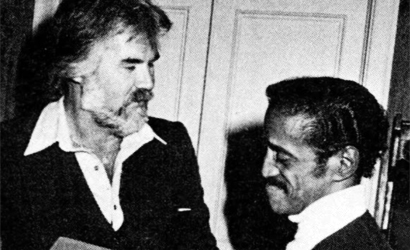 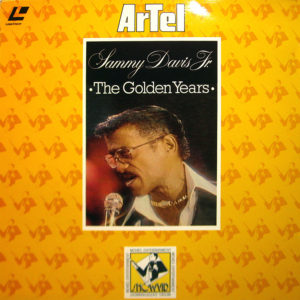 “The Golden Years” on LaserDisc