Song of the Week: “Time to Ride”

In 1971, Sammy Davis, Jr.’s recording career was at a crossroads. He had released an album with Motown records which was a commercial disaster, and his manager Sy Marsh had cleverly managed to extricate himself from the Motown contract. For Sammy, it was time to ride. But where to now?

Meanwhile, composer and record company owner Mike Curb had merged his label Sidewalk Records with MGM, and in 1969 had become president of MGM Records and Verve Records. By 1971, he was in the midst of successfully transforming The Osmonds from a variety show curiosity into a bona fide pop band, and was also cutting records with his own own musical group, The Mike Curb Congregation.

A neutral observer might not have thought Sammy Davis, Jr. would be a good fit, given Mike Curb’s preference for clean-cut performers and his outspoken opposition to drugs. But Sammy signed on the dotted line, and “Time To Ride” was recorded at his first MGM session on 19 August 1971, along with three other songs, one of which would soon change Sammy’s life (“The Candy Man”).

“Time To Ride” – sometimes referred to by its alternate title “The Wild Rover” – was credited to the writing team of legendary lyricist Mack David and a mysterious ‘Charles’. ‘Charles’ was a pseudonym for Mike Curb himself, who had arranged Donny Osmond to record the song for Osmond’s debut solo album, The Donny Osmond Album. Released in June of 1971, the album contained plenty of inconsequential pop, but on “Time to Ride” there’s something definitely creepy about listening to Donny, aged all of 13, sing a Dear Jane letter to his latest conquest: ‘Baby, I’m a rover…’

At least where Sammy sings ‘I’d like to stay and tell you, how I enjoyed last night’, Donny’s version had ‘I’d like to stay here with you, because you’re outta sight’! (This did not become a popular song: apart from Sammy and Donny, only another sibling act, The Sylvers, and Curb’s own Mike Curb Congregation recorded it, both in 1972.)

Sammy’s recording of “Time to Ride”, produced by Curb and Don Costa, was included on Sammy’s debut album for MGM, Now, when it was released in April 1972. The song has been released on CD once, on Curb Records’ 1995 Sammy Davis, Jr. compilation (misleadingly titled in every way) Greatest Hits, Live, with fake applause added. 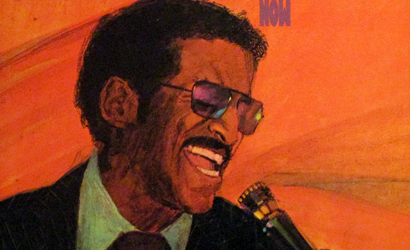