Song of the Week: “A Married Man”

Earlier this month, beloved English television actor Peter Sallis OBE passed away, aged 96. Famous as the voice of Wallace in the Wallace and Gromit films (and for a role on long-running British sitcom Last of the Summer Wine), Sallis was a theatre actor in London during the 1950s and 60s. He left for New York City in 1965, having been cast in a Broadway musical based on the adventures of Sherlock Holmes, called Baker Street. Sallis took the role of Dr. Watson, and in the show he had one big solo number: “A Married Man”.

In the second act, Dr. Watson and Sherlock Holmes (played by Fritz Weaver) have been captured by Professor Moriarty (Martin Gabel) and tied to chairs next to a time bomb (at the time James Bond was box office gold and more than a few critics thought the musical’s plot was more Ian Fleming than Sir Arthur Conan Doyle). Believing himself to be moments away from death, Dr. Watson thinks of his wife and sings of how glad he was to have been a married man.

Late in 1964, Baker Street’s producer Alexander Cohen cooked up a nifty publicity idea for the production. Having just worked with Richard Burton in Hamlet in 1964, Cohen asked him to record “A Married Man” – leveraging the fact that Burton’s scandalous affair with and marriage to Elizabeth Taylor was still very much in the public consciousness. The gambit worked gangbusters with Burton’s recording (made in Paris, with a spoken word approach à la Rex Harrison or William Shatner) charting on Billboard’s Hot 100 well before Baker Street’s February 1965 opening night.

Peter Sallis’s recording was released on the MGM Baker Street cast album, and future CD reissues of this album have included Burton’s as a bonus track. Sammy Davis, Jr. is one of the few to have covered the tune since. The song was written by Marian Grudeff and Raymond Jessel, and Jessel has since jokingly lamented that the melody perhaps got forgotten somewhat in Sallis and Burton’s treatments!

By April 1965, Sammy Davis, Jr. was 6 months into his run of Golden Boy on Broadway. He made time for several studio recording dates for Reprise to work with a new arranger/conductor: Claus Ogerman. Doubtless Sammy had been impressed with Ogerman’s work at Verve with Bill Evans, Stan Getz, Antonio Carlos Jobim and others. The two recorded more than enough material – including “A Married Man” – for a full album, which was released as Sammy’s Back on Broadway in August. 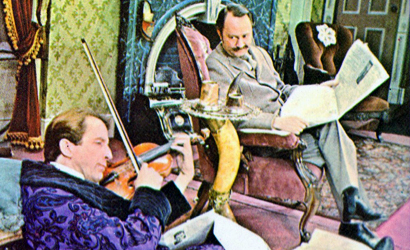 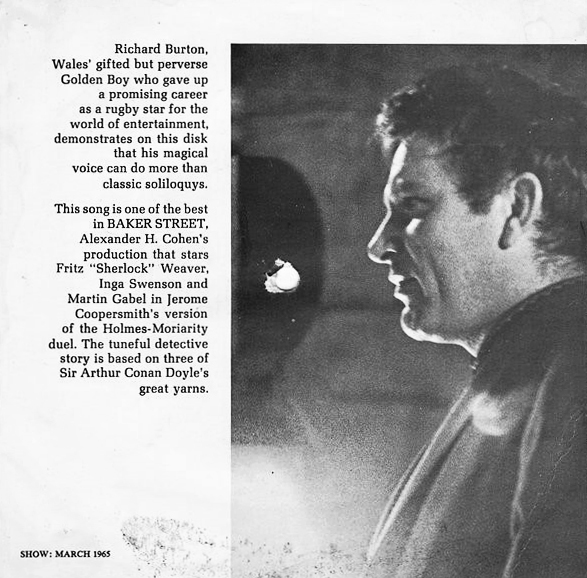