Sir Bruce Forsyth was a legendary British entertainer with a career that spanned more than 75 years – the longest television career for a male entertainer in history. Sadly, he passed away two months ago, and it is fitting to recognise him on this site because Sammy Davis, Jr. had no greater friend across the Atlantic Ocean than Bruce Forsyth.

The two met in 1960 when Sammy Davis, Jr. appeared in the annual Royal Variety Performance (held in the presence of Queen Elizabeth II and The Duke of Edinburgh) at the Victoria Palace Theatre, London. It was the first Royal Variety Performance to be televised. Forsyth, aged 32, was the evening’s compère, and after Sammy delivered an electric routine which stopped the show, Forsyth was responsible for Sammy receiving several more curtain calls than was usually allowed. The two became firm friends.

This YouTube clip is 28 minutes and consists of Sammy’s entire appearance on Bruce Forsyth’s Big Night, airing 11th November, 1978. For seven years until 1977, Forsyth had had great success hosting The Generation Game on BBC on Saturday nights. In 1978, he moved to ITV to host a new big-budget rival Saturday night variety show. Bruce Forsyth’s Big Night lasted a mere 12 episodes before cancellation. It was a rare misfire in Forsyth’s career, which would see him successfully host on television for another 35 years.

At this time, Sammy was coming out of his phase of mid-70s heavy drug use, and he can been seen wearing all the jewellery and doing the break-up schtick he had become (in)famous for. Sammy starts off with his staple “Once In A Lifetime”, before a great rendition of “If I Never Sing Another Song”. Despite being known as Matt Monro’s song (Monro had recorded it in 1977 and the lyrics were by his manager, Don Black), it later became a semi-regular part of Sammy’s act, sometimes as a closing number.

Sammy and Bruce then have the standard talk-show chit chat; the best moment is when the band members start to pack up and leave, including one guy clambering over the background set in full view of the cameras! The show finishes with a song and dance routine set to “Just In Time”. A charming half hour featuring two show business legends. 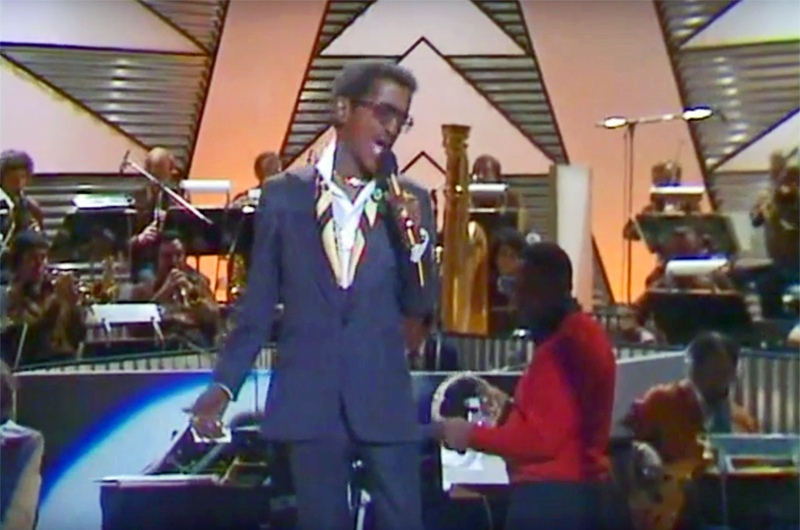 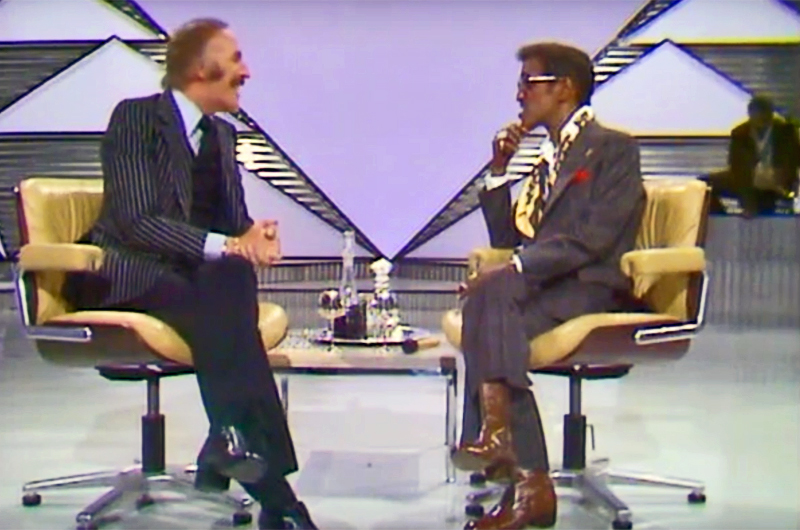