“There’s nothing that can match Broadway for stature and dignity.”

So Sammy Davis, Jr. is quoted, possibly apocryphally. Certainly his success on stage in musical theatre is what stood Sammy Davis, Jr. apart: Broadway was not a place Frank Sinatra, Dean Martin, or many other of Sammy’s recording artist and nightclub-singer contemporaries ever ventured.

Four pages covering Sammy’s Broadway productions have been completed, with photos from each show, listings of the musical numbers, and a full history of each show’s development. Sammy started in Mr. Wonderful in 1956, a show custom-written for his talents, but which received such poor critical reception that Sammy became a one-man publicity machine to rescue the show from disaster.

Making Broadway history in 1966 as the longest-running musical to lose money, Golden Boy was a significant part of the life of Sammy Davis, Jr. for seven years, from its conception in 1961 to the last performance of its second run in 1968 in London’s West End. In the middle of the civil rights era, it told a story about race relations, and is what Sammy was busy with at the time of the assassinations of Martin Luther King and Robert Kennedy. Golden Boy was the backdrop for his marriage to, and then divorce from May Britt, and, later, the backdrop to his immersion in drug culture in London, which set the trajectory for his life and career into the 1970s.

1978’s Stop The World – I Want To Get Off was the partial impetus for Sammy to rise from his mid-1970s nadir like a phoenix rising from the ashes, and begin to claim his rightful position as an elder statesman of entertainment. In so doing, Sammy finally realised a life-long goal of appearing in his favourite of his great friends Anthony Newley and Leslie Bricusse’s musicals.

In addition, a page has been completed on one of Sammy Davis, Jr.’s less well known projects, a stage play he did in 1958 on the West Coast, and again in 1962 on the East Coast, The Desperate Hours. 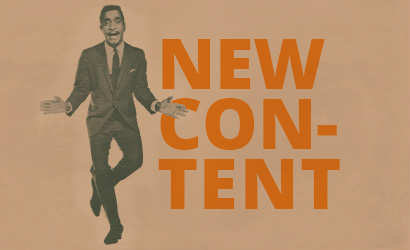